Andretti: I feel sorry for Verstappen he got robbed 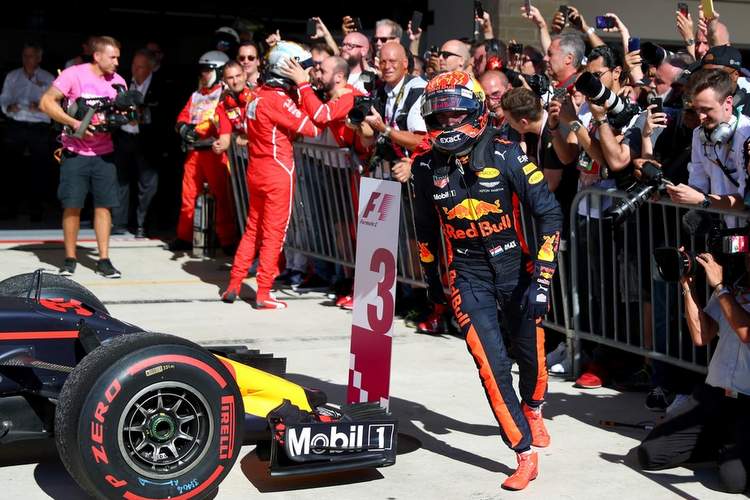 Max Verstappen accused Formula 1 stewards of killing the sport with their inconsistent decision making and suggested fans could stay away in protest after he was stripped of a podium place at the United States Grand Prix on Sunday.

With Red Bull boss Christian Horner and past champions joining in the outcry, the 20-year-old Dutch driver vented his feelings.

Mario Andretti, the 1978 world champion, also chimed in: “After watching videos could equally argue Kimi forced him there. Best overtake of #USGP. Feel sorry for @Max33Verstappen you got robbed,” he said.

“This decision is the worst I’ve ever seen,” Lauda told reporters. “He [Verstappen] did nothing wrong. These are racing drivers, we’re not on a normal road and it’s ridiculous to destroy the sport with this kind of decision,”

“At the next strategy meeting we’ll bring it up the agenda and start all over again because we cannot do that, going too far and interfering. It was a normal overtaking,” added Lauda.

Verstappen had thrilled the crowd with a last lap overtaking move on Ferrari’s Kimi Raikkonen to take third place and was voted driver of the day by fans.

He was then demoted to fourth, while waiting with race winner Lewis Hamilton and second-placed Ferrari driver Sebastian Vettel in the pre-podium room, for exceeding the track limits to gain an advantage.

“The engine penalty is what it is,” said Verstappen, who started 16th after receiving grid penalties for power unit changes. “We had a great race but with those stupid decisions you kill the sport. I hope the fans do not like this decision and next year they do not come.”

As the driver headed back down the stairs, team principal Horner let rip at what he saw as inconsistent behaviour by the stewards who had not punished others for similar offences during the race.

“It is an appalling decision. They have robbed all of the fans here. It was a great grand prix and they have screwed it up,” he said.

It was the second time that Verstappen has been demoted from the podium by stewards post-race, with the youngster also missing out in Mexico last year for cutting a corner.

Verstappen’s father Jos was scathing of the decision on social media, with a series of comments on Twitter suggesting Ferrari favouritism.

“Shame on you FIA,” he said referring to the sport’s governing body. “Obviously F1 don’t know what racing is.”