Ricciardo: If Max is favoured I will express my frustration 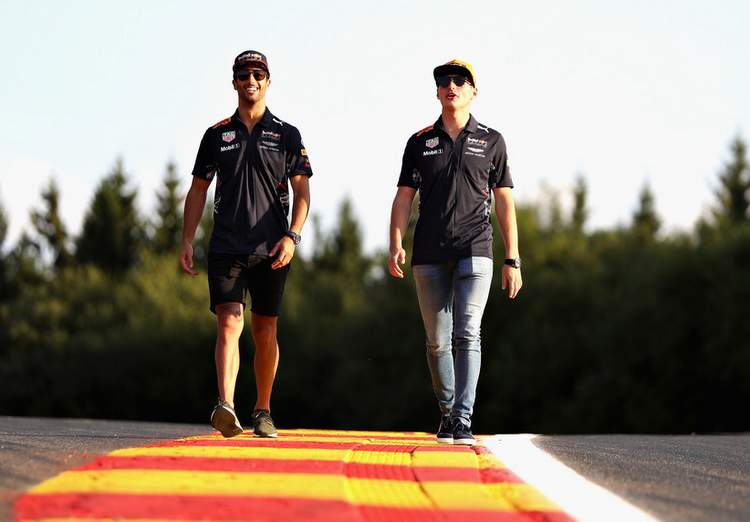 In the wake of Max Verstappen’s contract extension with Red Bull until 2020 the focus is now on Daniel Ricciardo, to see how he adapts to the shift in dynamics within the team, while he is adamant that he will not stand for secondary treatment by his team should such a scenario manifest itself in the future.

For the United States Grand Prix, Verstappen has been given the latest spec Renault power unit, while Ricciardo is unlikely to receive the latest edition motor for the remaining three rounds after Austin.

Speaking to reporters in Austin, Ricciardo said that he was not aware if Verstappen’s new engine is better than the one he has bolted to the back of the number three Red Bull.

If there is a discrepancy the big smiling Aussie admitted that he would not keep quiet if the team favoured Verstappen, “I will be honest, up until now I have not seen or experienced anything. I can’t predict the future but at least up until now there has not been any favoritism. If there was you’d know about it because I’d be expressing my frustration for sure. It is not something I’d hide.”

At the same time Ricciardo understands the fuss around the 20 year old Dutchman, “Obviously I am aware that he has broken some records, and Red Bull especially as a brand would like him to break more. That is fine. I get how it boosts the brands image.”

“So from a marketing point of view I get it, but behind our closed doors from an engineering status and equality there has been nothing at all like that.”

“You’d certainly know it if I was unhappy with how things were shaping up. And they have been fair. For sure the media gets excited, and I get it, but it is all been good.”

Despite the fact that Verstappen has committed to Red Bull for the next three seasons, Ricciardo is in no rush to follow suit and will rather wait to see how things pan out in 2018.

He explained, “I think the biggest thing for me looking forward is whether [Red Bull] can build a car that can win a title. For sure if we come out next year and have a chance or put ourselves in a position to win, then very likely I will want to stay on and extend my contract also.”

“Performance is definitely still the number one box for me to tick,” added Ricciardo who lies fourth in the championship, 81 points ahead of Verstappen who is sixth in the standings with four races remaining.

It will be interesting to keep an eye on proceedings in the Red Bull camp as the team have had a similar situation several years ago with Sebastian Vettel and Mark Webber.

The relationship between the teammates at the time turned into a ‘civil war’ in which Vettel came out on top as he won over the team and became their chosen driver at the expense of Webber.

Vettel made the most of the favouritism directed his way and went on to win for consecutive F1 world titles, while Webber was forced to play second fiddle during this period. The Australian eventually departed the team, and F1, without a championship triumph to his name.

Interestingly Ricciardo, who replaced Webber in 2014, beat Vettel in the championship that year after which the German departed to join Ferrari and the Australian remained with the team to this day.