Alonso: I am happy that Lewis gets this fourth title 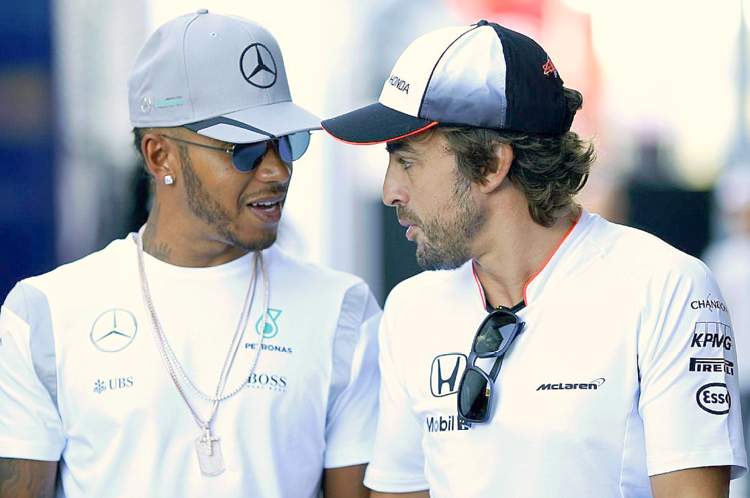 Barring some luckless career decisions Fernando Alonso would arguably have more than two Formula 1 world titles, the Spaniard is happy that Lewis Hamilton is on the brink of a fourth drivers’ championship and suggests that the Briton is more worthy than Sebastian Vettel. who remains in contention for a fifth title.

Speaking to reporters after qualifying for the United States Grand Prix, Alonso said, “In a way I am happy that Lewis gets this fourth title. It’s strange to see four Vettel and three for Hamilton, now there is much more logic.”

“I think when I was fighting for the championship you see Sebastian winning, maybe it is hurting sometimes because maybe you feel that you deserve it more or you had this possibility here and there. When you are not in contention I think it is not big thing. It’s not your battle.”

Asked if he cared either who would win this year, he replied, “No, not really. You don’t have any special feelings when you are not fighting.”

As for comparisons between him and Hamilton, the Spaniard acknowleged, “I think Lewis has had a better racing career.”

Hamilton can win his fourth title at Circuit of the Americas on Sunday if he outscores Vettel by sixteen points, the pair have qualified first and second for the race.