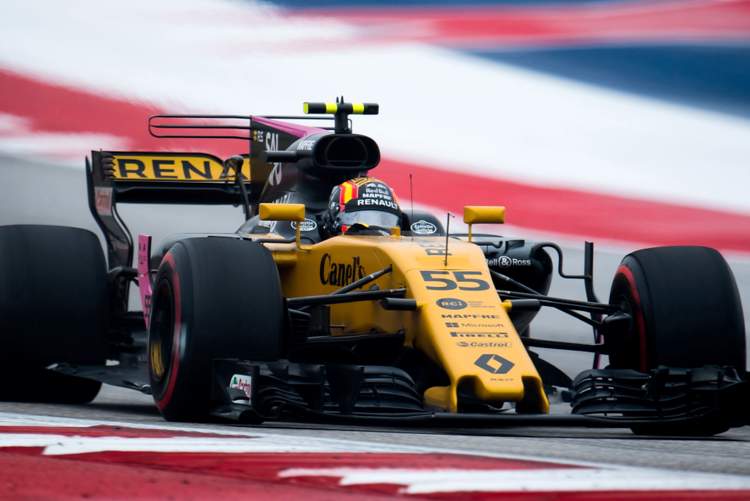 Carlos Sainz slotted into his new Renault team as if he had been driving for them all year, faster than his teammate Nico Hulkenberg in both Friday sessions and attracting praise from the team’s technical chief at the end of the first day of practice for the United States Grand Prix.

Sainz, who will drive for Renault in 2018, has joined the team for the four remaining races and was in the yellow cockpit for the first at Circuit of the Americas.

Bob Bell Renault chief technical officer, said at the end of day one in Austin, “It was Carlos’s first run in the car, his insight was fresh and useful, and by the end of the day his feeling about the car was consistent with Nico.”

“We’ve had good reinforcement of where the car is and what we need to do to improve. Carlos fitted in really quickly. He was up to speed very rapidly and did a great job,” added Bell.

Sainz summed up, “It’s been a busy week with everything other than driving the car so it was fantastic to get out and drive for the team for the first time today! There was a lot to learn so I’m happy we ran through everything required.”

“We made good progress, but we’ve got work to do as you’d expect. [Saturday] will certainly be interesting for my first qualifying session with Renault,” concluded the Red Bull driver who has been loaned out to Renault until the end of 2018.

Sainz was tenth fastest in te morning FP1 session, nine tents faster than Hulkenberg. In the afternoon FP2 session the Spaniard was a fraction quicker than the German, the duo ending the day 11th and 12th respectively.