Kvyat: Short and long term what’s there for me? 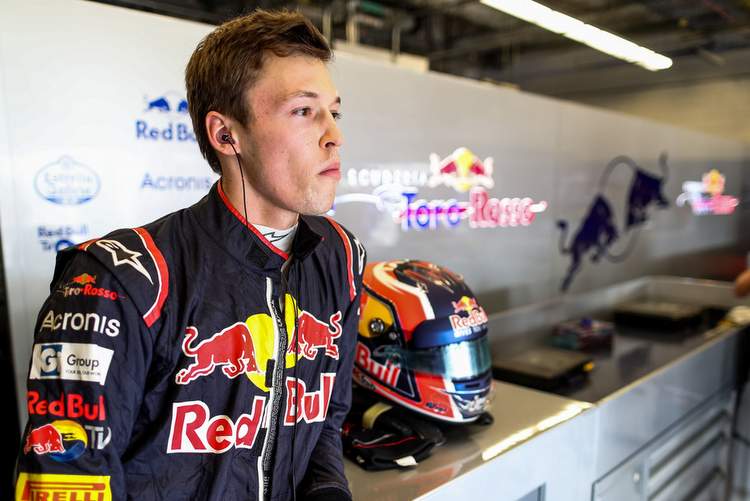 Toro Rosso driver Daniil Kvyat wants clarification on his Formula 1 future at the United States Grand Prix but says he harbours no hard feelings despite twice being dropped by the Red Bull organisation.

Kvyat was promoted from Toro Rosso to Red Bull Racing in 2015 and then demoted last year to make way for Dutch hotshot Max Verstappen.

He was then dropped by Red Bull-owned Toro Rosso in Malaysia and Japan this month as the team tried out French prospect Pierre Gasly.

He has returned for Sunday’s race at Circuit of the Americas following the departure of Carlos Sainz to Renault.

The 23-year-old Russian’s future remains uncertain, however, with Brendon Hartley drafted in at short notice to cover for Gasly while the Frenchman tried, to no avail, to win the Super Formula title in Japan.

“We are going to have a meeting with Helmut [Marko]… and I want to find out more about how is my role seen, short and long term, what’s there for me?,” Kvyat told reporters.

“If there is a clear direction, clear goal to fight for something big in the future then I am more than happy to be part of this,” he added.

“If not, if my role will stay like this – one race you do, next race you don’t know – then maybe it’s less interesting. But we have to sit down and talk about it and I think we will definitely have an answer. It will be a friendly talk, there will be no hard feelings.”

Kvyat has under-performed this season, scoring just four points in 16 races compared to Sainz’s haul of 48.

Toro Rosso are currently sixth and in a tight battle for fifth place, with Williams 14 points ahead and Haas nine points behind. Renault are a further point adrift in eighth.

Red Bull have Verstappen and Australian Daniel Ricciardo confirmed for 2018 but Toro Rosso, who are switching from Renault to Honda engines, have yet to finalise their lineup.

“Here, behind curtains many things are going on, always,” observed Kvyat. ”It’s not like I am always just sitting waiting. I‘m obviously thinking about other things… but now is not the right time to talk about this.”

“I have a long term agreement with Red Bull and as long as it is valid, I will try to do my job as good as possible. It might sound funny, but I will stay loyal until we have a good talk together,” added the Russian.