Hamilton: I was shouting in my helmet 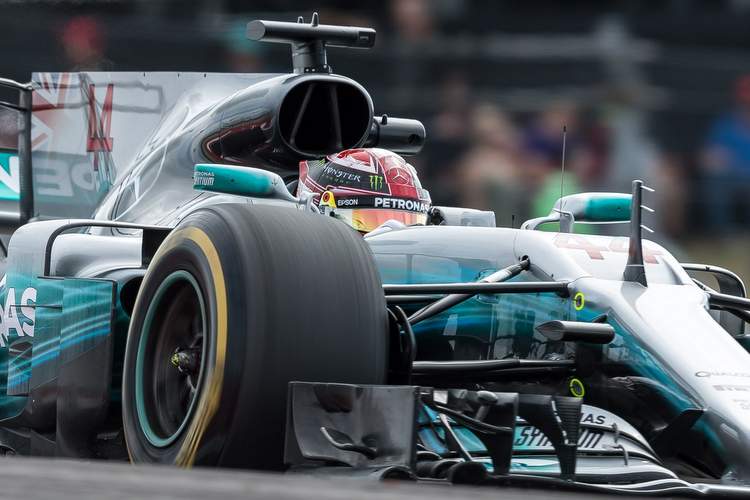 Lewis Hamilton admits that driving his Mercedes makes him feel like a kid, revealing how much he relishes driving the car which enabled him to set the benchmark pace throughout the first day of practice for the United States Grand Prix.

Speaking after topping the timing screens at the end of FP2, Hamilton said, “It is a lot of fun. There was one moment in the beginning when I was shouting in my helmet.

“I don’t want you to hear me because it sounds silly but I am like a kid. It is just crazy that over half the season has gone and I am still like that when I get in the car.”

“That is a really good sign and it really fills my heart. When you get in the car, I still have that love and fire. That is burning stronger than ever and I think that is why I am driving as well as I am.”

Hamilton was fastest in FP1 by over half a second, and in FP2 his top time was four tenths better than his closest rival. Notably the gap to his Silver Arrows teammate, Valtteri Bottas was around six tenths all day.

“I can always be more aggressive but in the past the tyres haven’t necessarily taken it and this year it is looking quite good.”

While Hamilton’s day unfolded like a well oiled drill, his title rival – Sebastian Vettel – had problems with his Ferrari. Spinning into the gravel and a series of problems that severely curtailed his running in the afternoon session.

Hamilton said of his rival’s woes, “I just focus on my job. The only thing I did see was Sebastian making a mistake.”

“Because I want to win this race, that is what I am working towards. I am not being distracted by looking at other people’s times,” added Hamilton who has won four of the five grands prix held at Circuit of the Americas.

There is an outside chance the Briton could win his fourth title in America on Sunday, if he manages to outscore Vettel by 16 points the world championship will be his.