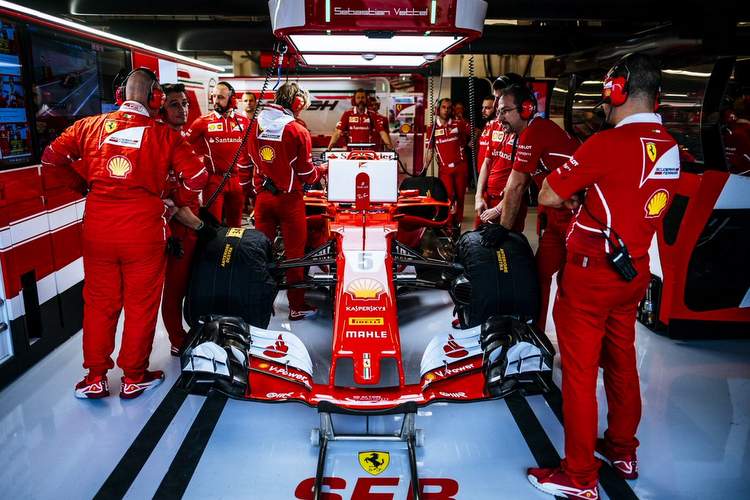 Ferrari changed the chassis of Sebastian Vettel’s car on Friday after failing to get to the bottom of problems he experienced during free practice for what may be a title deciding United States Grand Prix.

A team spokesman said mechanics had found nothing wrong with the car after the German complained the front felt “like jelly”, and had therefore decided to change the survival cell as a precaution. He said no penalty would be incurred.

The governing FIA said stewards had agreed the car could be submitted for re-scrutineering on Saturday before final practice.

“The spin was my bad,” the German said after FP2. “In the end there was something not right with the car. So, we checked a couple of times and now we are looking at the car to see if we can find something.”

“I need to find the rhythm and make sure everything’s in order,” added Vettel who is 59 points behind Mercedes’ Lewis Hamilton with four races remaining.

Hamilton, who was fastest in both practice sessions for a race he has won four times in the last five years, can secure his fourth championship if he beats Vettel by 16 points.

The Ferrari driver conceded at the end of the day, “Things are heading in the right direction, but I didn’t get enough laps. [Mercedes] had a much better day than us…”