Vettel: It’s not over until the fat lady sings 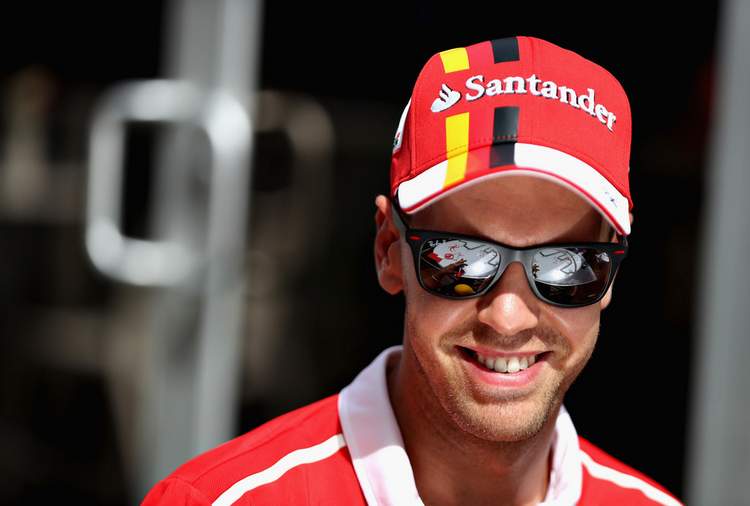 Ferrari driver Sebastian Vettel is adamant that his team is not panicking ahead of the United States Grand Prix, although his title chances have taken a hammering in recent races he still has an eye on the big prize.

Vettel told reporters in Austin, “We are busy in general so I don’t think actually there’s time to panic. Maurizio is doing a very good job in keeping everybody in the right line, looking forward. My role is to push as hard as possible on the track.”

Vettel has also refused to give up on the Formula 1 championship and found support from title favourite Lewis Hamilton.

Hamilton leads the German by 59 points with four races left and the Mercedes driver can take his fourth championship in Sunday’s United States Grand Prix if he finishes in the top two and results go his way.

“In English, they say it’s not over until the fat lady sings,” Vettel told reporters in the United States Grand Prix paddock. “We need to make sure she shuts up for quite a while.”

Vettel led the championship from the opening race in Australia in March until last month, but three races in the Far East and Hamilton’s string of wins have shredded his chances.

The Ferrari driver was caught in a collision with teammate Kimi Raikkonen in Singapore and crashed out on the opening lap, then suffered an engine failure in qualifying in Malaysia that left him last on the grid.

He raced back to fourth that time, but in Japan was sidelined by a broken spark plug.

“We are still in there, our chances are slimmer than they have been some races ago. There is a chance. We’re going for it,” said the four times world champion.

“We need to stay focused. We have a great car, we had a package to win the last couple of races. As it happens, we didn’t. But that doesn’t mean we have no chance to win the next races.”

Hamilton, who has won in Austin four times in the last five years, said talk of wrapping up the title in Texas – as he did two years ago – was overblown.

“I think the talk of the championship win this weekend is silly really…you can’t expect them to have a difficult weekend again,” he said.

Hamilton also expected Ferrari to bring some sort of upgrade to Austin.

“They’ve definitely had a couple of hiccups but I anticipate they’ll be very strong this weekend and for the last four races – so that’s why nothing changes for me,” he added.

Big Question: Can Seb and Ferrari cause the biggest upset in F1 history?