Sainz: Friday will be the most exciting day for me 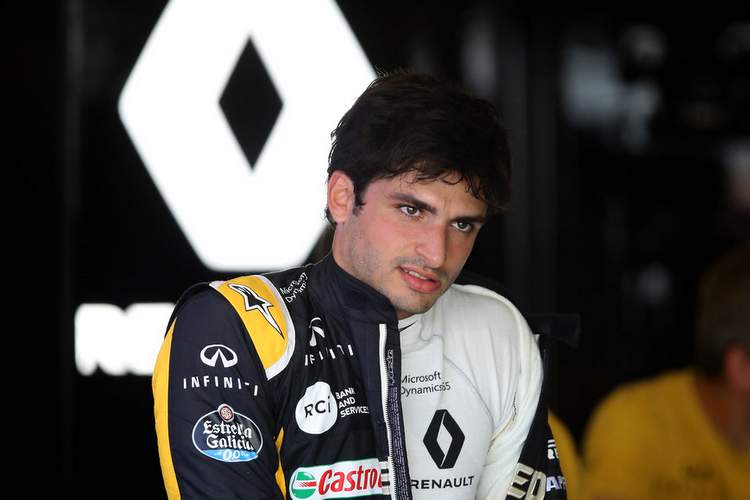 Carlos Sainz admits he is excited to be driving a Renault F1 car for the first time at this weekend’s United States Grand Prix, and believes that the next four races will enable him to get to know the team he will race for next year, while providing him with a platform to influence the direction of the team’s 2018 car.

Speaking to reporters in Austin, Sainz said, “I’m actually particularly excited to make the debut with the Renault car in a circuit like Austin because you have every single kind of corner that you enjoy in Formula 1 in this kind of track.”

After Renault confirmed that Sainz would race for the team in 2018, there was talk that the Spaniard would be released by Toro Rosso as early as the Belgian Grand Prix in August, but when that did not transpire it appeared he would see out the remainder of the season with the Red Bull junior team.

But a flurry of behind the scenes negotiations resulted in Jolyon Palmer agreeing to depart the team early and thus free up a seat with Renault which was made available to Sainz for the remaining four races of the season.

Sainz said that his early arrival will enable him to influence and provide input towards next year’s car and of course get to know his new team, “It’s always better to meet engineers, PR people, team bosses, start working along together with all of them four races earlier. That gives us a bit of an advantage for 2018 rather than going straight into winter testing in 2018.”

Sainz is ninth in the championship with 48 points, which is 14 points up on his new teammate Nico Hulkenberg who lies tenth. Indeed the driver from Madrid had scored all but four of Toro Rosso’s points in the 16 rounds before the race at Circuit of the Americas.

Ironically he will now be looking to score points for Renault who are in a dogged fight with Toro Rosso in the constructors’ championship. With Toro Rosso in sixth, ten points ahead of Renault in eighth.

Nevertheless Sainz is playing down expectations ahead of his debut in the yellow car, “My main target has to be to go session by session. I’m the first one who wants to be on the pace straight away, but I cannot get too excited about that.”

“I need to adapt myself to the car and I need to adapt the car to myself at the same time. That takes a bit of time and I’m going to go step-by-step and hopefully get there as soon as possible.”

“I want to come out of the weekend knowing I have the car under control and understand how it behaves. We need to adjust the car to suit me and vice-versa. It will take some time, but if we get it right on Friday and Saturday, we can have a strong weekend.”

“Friday will  be the most exciting day for me. I will finally learn how the car feels and how it behaves in certain areas. I’ll just enjoy the whole thing with a big grin under my helmet and take every step,” added Sainz who showed off on Twitter the new helmet he will use for the Renault chapter of his career.

There you go! My helmet for my @RenaultSportF1 era! 😍😍 pic.twitter.com/FdDAcW6gHs