Kvyat: Still a good chance to make it count this year 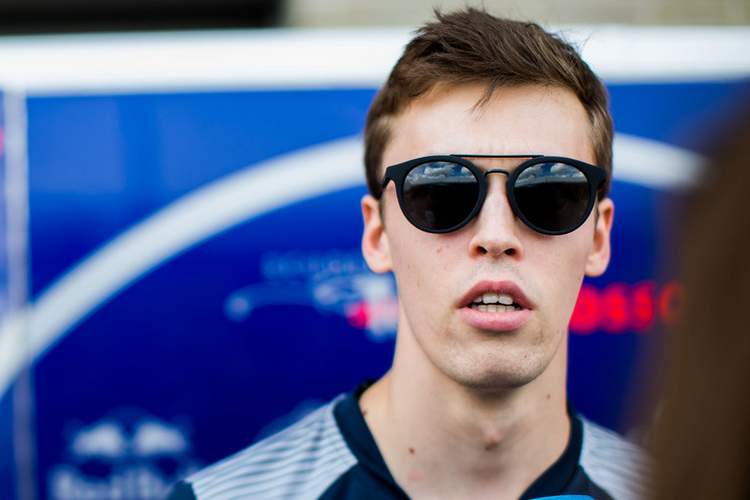 After a couple of races on the sidelines, Daniil Kvyat will be back in the thick of Formula 1 action again at this weekend’s United States Grand Prix and the Russian is adamant that he can still turn a below-par season into a positive one.

Speaking to media in Austin, Kvyat said, “I just have my work here, my car. I have plenty of new motivations and I want to use them to my best to maximise my performance because I feel like there is big potential all the time which hasn’t been used this year very well and I want to correct this – there’s still a chance to correct this,” Kvyat said.

“Plenty of motivation for sure. Like I said, I want to come here… in a way I don’t want to think too much about the future right now or any talks right now, today or tomorrow. I just want to drive this weekend.”

Last year Kvyat was demoted from the Red Bull team to Toro Rosso, replaced by Max Verstappen, and this year he was sidelined to make way for Red Bull prospect Pierre Gasly.

But circumstances – namely Carlos Sainz securing an early move to Renault and Gasly occupied with his bid for this year’s Japanese Super Formula – have provided Kvyat with another chance, perhaps his last, to redeem himself.

Asked if the latest demotion, which saw him sit out the races in Malaysia and Japan, was worse than when he was axed from Red Bull, Kvyat replied, “It’s different, I don’t know how to say it. I didn’t have any big problems regarding that to be honest, it was normal.”

“You always want to race as a racing driver, but you always try to find the positive side of it, like I am here now with a ready recharged mind, recharged physical force, if you want.”

“Try to use it to my best this weekend. I think that’s how the best you can do, but if you look to negatives then there is no point like I said, there’s still a good chance to make it count this year,” added Kvyat who has scored four points this season and lies 19th in the championship.

As for his future, Kvyat said, “My contract with Red Bull will only expire in two years and then, if there are any other possibilities, we will discuss them together. ”

Asked if he had alternative plans should he not secure a drive with the team, the Russian replied, “I have some ideas, but I do not want to talk about it now. But if you want to know: I do have a plan-B and a plan-C, which is always useful.”

Many in the paddock believe that the race at Circuit of the Americas is do-or-die for the 23 year old Russian, who faces a telling test against WEC World Champion and Le Mans winner Brendon Hartley in the sister car.

The New Zealander making his grand prix debut with Toro Rosso, and intent on making an impression with the team for a possible drive with them in 2018 alongside Pierre Gasly who is all but confirmed for next season. Kvyat would be the driver dropped should Hartley impress and secure the nod from Red Bull.

Big Question: Does Daniil deserve a chance to redeem himself?