Brown: If Fernando wants to do Daytona we have a seat 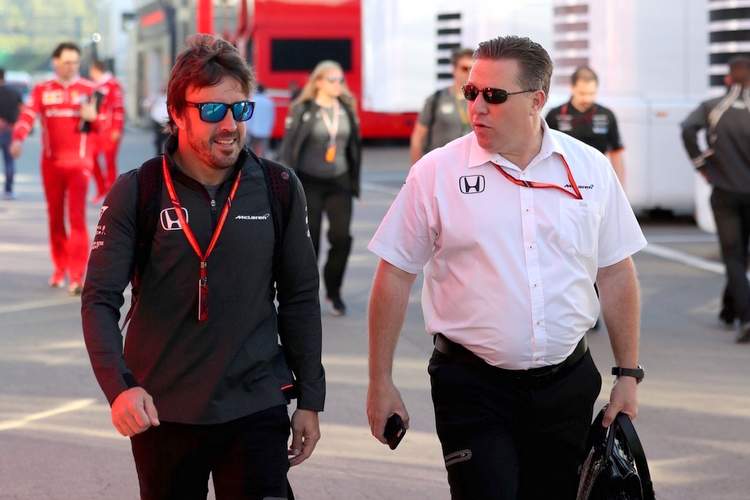 McLaren driver Fernando Alonso, who made a positive impression during the Indianapolis 500 earlier this year, could enter the iconic Daytona 24 Hours sportscar race in January ahead of a later attempt to win at Le Mans – his Triple Crown dream still alive.

The double Formula 1 world champion, now confirmed for another year at McLaren, told reporters at the United States Grand Prix that a Daytona foray – a first for him – was under consideration.

“The first priority was to finalise the F1 deal and now that is done, I will look at the other options,” he said when asked specifically about Daytona.

“For the Indy 500 it was a nice experience, I felt very competitive but it was a big challenge that I took from zero, from no testing, not any similar race before it.

McLaren executive director Zak Brown said Alonso’s new multi-year agreement allows him to race in other events so long as the Formula One team’s activities are not compromised.

Alonso missed the Monaco Grand Prix to race at Indianapolis this year but that was fully sanctioned by the team and Honda because of their dismal performance in the Formula One championship.

McLaren expect to be much more competitive next season with a switch to Renault engines but Le Mans would still be a possibility because that endurance classic does not clash with any grand prix.

“If Fernando wants to do Daytona and we have a seat available, we would put his name on it happily,” said Brown, whose United Autosports team has an entry to that race. “We’ve started joking around about it, and we saw where jokes got us last time.”

Alonso first started discussing the Indy 500 with Brown after a comment made in jest before Formula 1’s Australian season-opener in March.

“Zak asked me [about] my ambitions and my plans for the future. So I mentioned the Triple Crown. To be the best driver in the world,” Alonso said back in April when relating how the Indy plan came about.

“I have to either win eight world championships, and have one more than Michael Schumacher, or be winning different series.”

The Triple Crown – variously interpreted as the F1 championship, Le Mans and Indy 500 or the Monaco GP and the same two races – has been achieved only by Briton Graham Hill.

Alonso has won both Monaco and the world championship and led at Indianapolis before his car’s Honda engine expired. The Spaniard said he had not yet spoken to any team about a Le Mans race seat.

“If the opportunity comes, I will try to exploit that opportunity,” he said. “If that is something that makes sense, as we did with the Indy 500, we will try to do it.”

Big Question: If Fernando had a winning F1 car would he be thinking of the Triple Crown?