Alonso: It is a long-term partnership 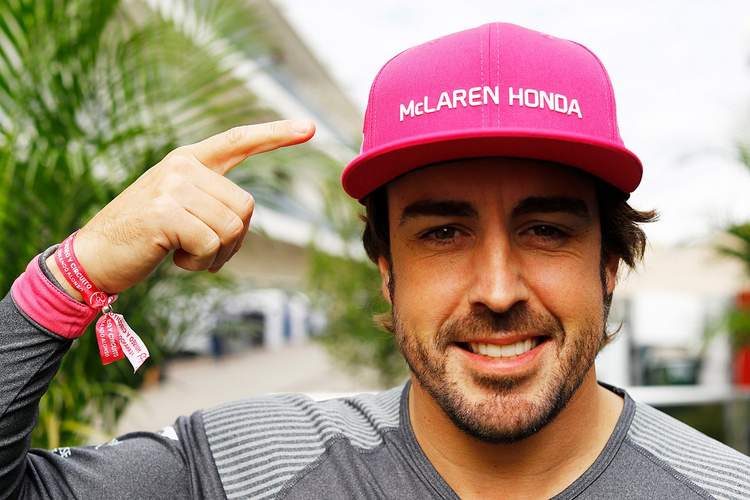 Word is that Fernando Alonso has only signed a contract for only on year with McLaren, but the double Formula 1 World Champion suggests that it could he could be with the team longer as he pursues that elusive third world title.

Speaking to reporters shortly after he and the team announced a deal extension, Alonso explained, “I never talk about contracts, but one thing I can say is it is a long-term partnership and I am very happy to finish my career at McLaren. So I don’t think it is going to be only one year.”

The Spaniard’s goal is clear, “Winning my third championship in Formula 1, that is the absolute priority. But I still believe to be the best driver in the world you need to win in different series, so yes it is possible that I can compete in different races next year. The Indy 500 collides with the Monaco GP next year, so I can say that I will not do the Indy 500 next year, but what I can say is that I will be back at the Indy 500 in the future.”

For next year the team have ditched Honda power for Renault, a marque that took him to two world titles and an organisation he is familiar with, “Obviously I have strong relationship with Renault. Winning two championships together is ‘a bond for life’. But of course it is difficult to say what the situation will be in 2018, as there are changes every season.”

“I took my time to study everything that I could, to see all the numbers that were available, and we saw that in Malaysia and Suzuka Red Bull was on the podium with both cars, so we know what the Renault engine can do and that gives us extra confidence.”

Asked if the switch by McLaren to Renault was the catalyst for him to stay with the team, he replied, “No, no. I wanted to stay with McLaren, but I could not renew the contract without a clear situation. By July or August there were still too many unclear things so I waited. My main target was to sign with a winning plan. That was all that mattered.”

“No doubt about that. McLaren is one of the best teams. And yes, we’ve struggled the last three years, but the team has made all the necessary changes, so 2018 should be much better. I believe in the project – that is why I think next year should be a good season for us.”

“To be honest, all the past years I had the feeling that I have to give this project another go – that I still have unfinished business at McLaren – because I know that the team has the potential and the talent to be at the top again, to be world champion again in the future. It is a long-term project that we have in our head.”

As for when he will know if McLaren-Renault are a winning package, he said, “At the time of the winter tests in Barcelona at the end of February.”