Hamilton: I don’t have any plans to ‘take a knee’ 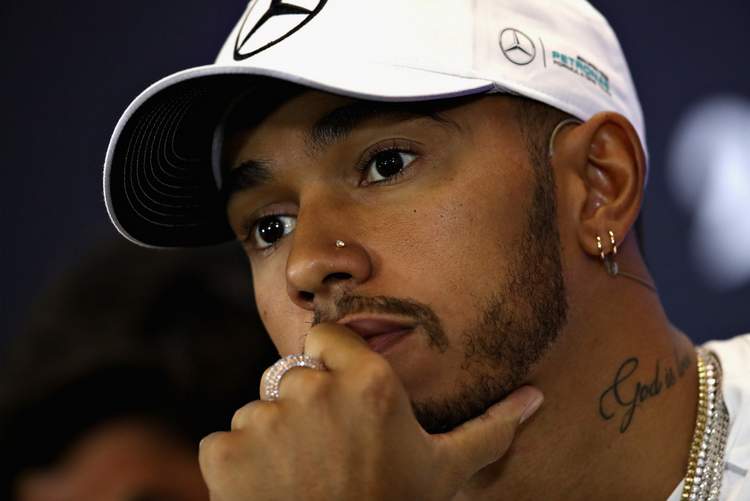 Formula 1 title favourite Lewis Hamilton said he sympathised with athletes protesting racism in the United States, but he had no plans to kneel during the national anthem before Sunday’s United States Grand Prix.

The Briton, whose paternal grandparents came from the Caribbean island of Grenada and whose mother is white, told reporters that winning the race was his priority.

“I don’t really have a position and I don’t have any plans,” said the Mercedes driver, who can secure his fourth world title at the weekend if results go his way, when asked whether he might ‘take a knee’.

“I know a lot of people in America so I get to speak a lot of black and white people who live here. I get quite a good view of what is happening here in the States and opinions from the Americans and about the movement which I think is pretty huge,” he added.

“I have posted about it because I respect it highly and I find the movement that started awesome. I am very much in support of it.”

Hamilton, who has a home in Colorado, has been active on social media in support of protests in the United States, posting on Instagram with the hashtag #takeaknee.

The practice of kneeling for the anthem was started by former San Francisco 49ers quarterback Colin Kaepernick last year as a means of protesting perceived racial injustice and police brutality in the country.

Since then a growing number of National Football League (NFL) players have taken to kneeling during the anthem before games in protest at the killing by police of unarmed black men and boys across the United States, as well as racial disparities in the criminal justice system. More than half of all NFL players are black.

President Donald Trump has denounced those who kneel as unpatriotic and called for fans to boycott games if players persist.

Hamilton – who has said previously that the issue is a global one even if the anthem is not his – said his focus was standing on top of the podium.

“Winning here is the most important thing for me in the midst that all is going on in the country. That is a priority. You know what I am talking about,” he said.

Asked to clarify that, he said he was referring to an African-American reporter in the front row rather than all those in the room.

“I am here to win and that is my focus. I don’t really plan on allowing all the BS that is surrounding the topic to pull me down in my stride to win this world title,” added the 32-year-old.

“I have worked hard to be where I am today, and whilst I do have opinions and feelings towards the whole situation, at the moment I have no plans on doing anything.”