Weber: Why are fans not told the truth about Schumacher? 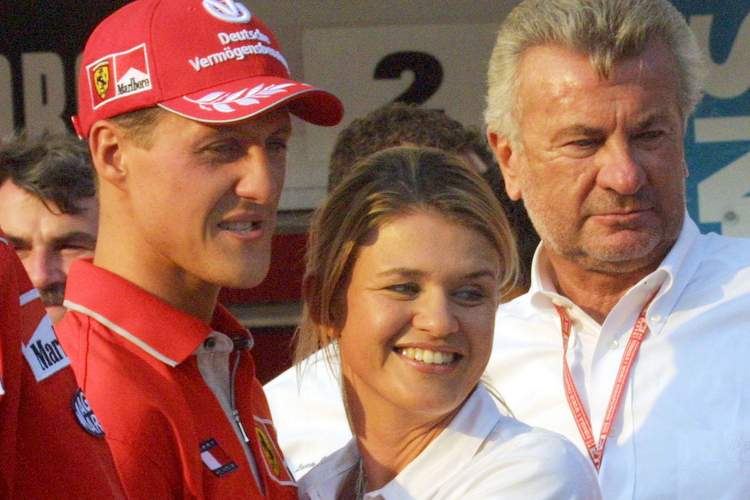 Michael Schumacher’s long time manager Willi Weber has once again criticised the Formula 1 legend’s family and minders for not revealing the “truth” regarding the seven time world champion’s health.

Weber, who was instrumental in guiding Schumacher to the pinnacle of the sport and cutting deals that made the German one of the biggest earners in Formula 1 history, told TZ, “I find it very unfortunate that Michael’s fans do not know about his health. Why are they not told the truth?”

Since the winner of a record 91 grands prix suffered a traumatic brain injury, during a skiing accident in 2013 during an outing at Méribel in the French Alps, the Schumacher family have stringently guarded his privacy. Revealing nothing of his condition, and are inclined to instigate legal proceedings should negative reports emerge of the former Ferrari driver.

In September 2016, Felix Damm, Schumacher’s lawyer, told a German court that his client “cannot walk”, countering reports in the December 2015 issue of Bunte that he could “walk a couple of steps.”

Earlier this year the magazine was ordered to pay €50000 in damages plus legal fees for the erroneous report.

Schumacher currently resides in Geneva, where he’s receiving treatment at his home from a team of specialists in secrecy. The family are reportedly considering moving to the United States.

Despite the family’s diligent campaign to protect his privacy, they have not been shy to promote Schumachers’ image and merchandise through social media, a museum and other avenues, thus keeping his legacy alive among fans.

This not the first time that Weber has called for more transparency, earlier this year he told Bunte magazine, “For a while now, I have been saying that the Schumacher family is not telling the whole truth about his condition.”

He has also accused Schumacher’s wife of keeping him away from his former charge, “Corinna prevents me from having any contact with Michael. I’ve tried dozens of times to get permission to visit, each without success.”

Weber who was a familiar figure in the the paddock during the Schumacher era, no longer has an interest in the sport, “Formula 1 is now a Mickey Mouse show, nothing else. The sport has become secondary.”