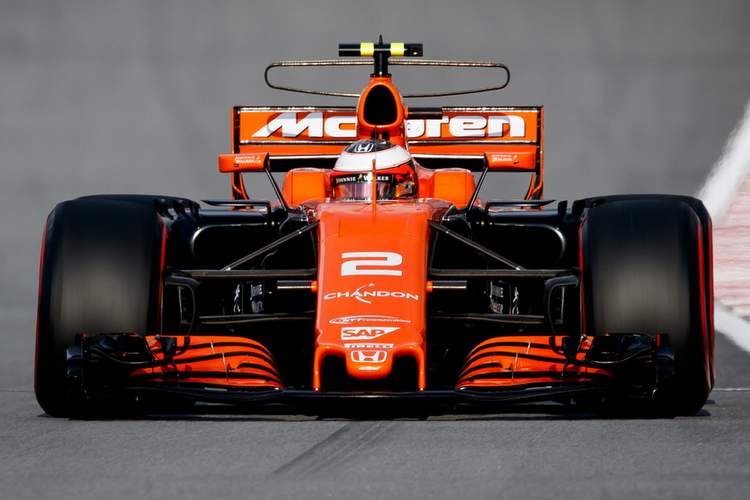 The United States Grand Prix has a long and varied history, the race has been staged at 10 different venues since it was first included on the World Championship calendar in 1959, but the Circuit of The Americas (COTA) is the first purpose-built track for Formula 1.

McLaren’s founder, Bruce McLaren, won the country’s inaugural race in ’59, since when popularity of the sport in the US has been boosted by its two American world champions, Phil Hill in 1961 and Mario Andretti in 1978.

Fernando Alonso: “After a couple of frustrating races where we haven’t been able to show the improving pace we know we have in our package, I’m excited to head back to the United States. I had a great time over summer there this year with everything going on around the Indy 500, and I know the fans are incredibly passionate and enthusiastic, so I’m expecting a really good atmosphere around Austin. The COTA track is a really fun track to race on – every sector is different and achieving the perfect compromise with set-up to suit the constantly-changing characteristics of the lap is what makes the challenge there so unique. COTA is also wider than a lot of the circuits we’ve been to recently so there are usually some good chances to overtake, which hopefully we can make the most of on Sunday. I really enjoy spending time in the States and I have lots of happy memories there. I hope in Austin we can build on the momentum we know we’ve been gathering behind the scenes, despite not being able to show the results on the final timesheets, and I think there’s the potential to score points if we can pull everything together. There are a lot of factors to take into account and anything can happen at this race – we’ve seen quite a lot of drama both on-track and off it over the last few years – but I’m optimistic we can have a positive weekend if we can maximise every opportunity.”

Stoffel Vandoorne: “I’m really looking forward to this double-header in the USA and Mexico and discovering two new tracks that I’ve never experienced before. I’ve heard a lot of good things about COTA and it’s a circuit a lot of drivers love racing on as it has a bit of everything. Austin is a really cool place to visit too – I’ve been going there with the team for a couple of years now in my former role as reserve driver – and it’s always nice to make the most of our downtown location and sample the local restaurants. Going to a new track doesn’t make me any more nervous than going to a circuit I’ve raced on before – the opposite, actually. We prepare for each grand prix with our engineers in the same way for every race weekend, and although I’ve never driven on this track in the real world, I’ve done many laps in the virtual world in our simulator, so I’m keen to get going with set-up work straight away on Friday and get the car dialled-in to the track as soon as possible. After a couple of positive races for me, Japan was trickier for us and we struggled to make up any ground on Sunday after an unfortunate start. Austin should be a bit better for us in terms of power sensitivity, although there’s a wide range of corners which each give us a different challenge, so the key will be to balance the set-up all the way around the lap. There should be more overtaking opportunities there too and I’m hopeful we can have a more positive weekend.”

Eric Boullier: “The United States Grand Prix has built an impressive reputation since COTA hosted its first race there in 2012, and it’s fast becoming one of the flagship events on the Formula 1 calendar. Austin is a buzzing host city, with plenty going on for fans and teams to enjoy, and a great atmosphere thanks to the Austinites that really embrace the Formula 1 circus coming to town every year. For the drivers, it’s a fantastic circuit, and one on which I – along with thousands of fans, I’m sure – am intrigued to see the speeds the new cars can reach down the long straights and through the sweeping bends. Watching the drivers tackle the steep uphill climb to the first corner is becoming one of the iconic sights of the US Grand Prix and the complexities of the circuit make for great racing. To top it off, the weather is notoriously changeable which means the form book can often be ripped up from one day to the next. Given that our sport’s organisers are from the US, I’m really looking forward to seeing the show they put on at their ‘home’ venue and I think we can expect a pretty exciting spectacle. The atmosphere there is always great, we get a huge welcome from the American fans – more and more of whom seem to be falling in love with our sport year after year – and the whole team loves returning to the USA. We are all ‘gearheads’ and racers at heart, and there’s no better place to go racing than at COTA.”

Yusuke Hasegawa: “After the very busy few weeks in Asia, we’re now on the home stretch of the 2017 season and heading to The Americas. At our final home grand prix as McLaren Honda at Suzuka we did not achieve the results we were looking for, but despite not collecting any points we were encouraged by our competitiveness. The Circuit of The Americas is a very different challenge in its configuration. It’s a technical track with plenty of variation including great hard-braking corners, an undulating ‘S’ curve inspired by the famous Silverstone corners, and slow twisting turns. It will be important to us to refine and tune the power unit properly for each of these sectors to ensure good drivability. We think this track suits our package and gives us the best chance out of the remaining four rounds. McLaren Honda had a good race here last year with a double-points finish, and we hope we can do the same and cross the line inside the top ten.”