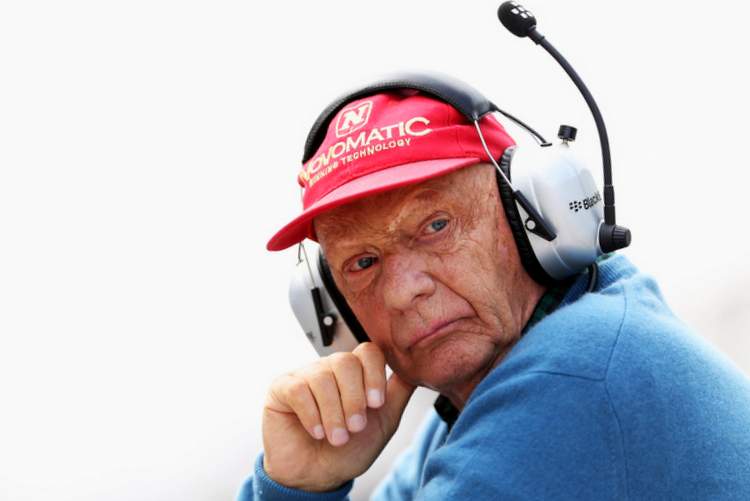 Niki Lauda sat down for a series of interviews with Graham Bensinger in which he spoke about his career as a driver in which he won three Formula 1 world titles, his near death experience in 1976, his role as owner of an airline which suffered a loss of an aircraft with tragic consequences and his current role with the dominant Mercedes team.

Here are a selection of these interviews to keep you occupied this weekend.

I have no friends

Niki Lauda offers insight into his past and present personality, including why he says he doesn’t have friends, agreeing with his ex-wife’s assertion and why punctuality is his No. 1 rule. Plus, Lauda shares the story of when he kicked an aggressive CFO out of his car and left him on the highway.


I have a reason to look ugly, most people don’t

Niki Lauda shares details of the difficult, initial recovery after his 1976 crash and subsequent skin grafting surgeries. Lauda candidly offers perspective on his burns, why he always wears a hat and his wish to be treated like everyone else.

Niki Lauda offers incredible details regarding his time in the hospital immediately following the fiery crash at Germany’s Nurburgring in 1976. Lauda cites why his doctors think he survived the trauma, the frustrations of receiving his last rites and the pain of having his lungs vacuumed.

Mercedes AMG Petronas chairman Niki Lauda offers an inside look at how the Formula 1 team handled Nico Rosberg’s sudden retirement, Rosberg’s 2016 crash with Lewis Hamilton at the Spanish Grand Prix – including who was to blame – and the 2AM hotel room meeting in which Lauda convinced Hamilton to leave McLaren and race for Mercedes.

Niki Lauda shares some of his most memorable moments of befriending, competing against and supporting his former Formula 1 rival, James Hunt, including living with him in a London flat and supporting Hunt through his battle with alcoholism.


Alive thanks to wife’s kidney

Niki Lauda explains why he retracted his philosophy to never remarry, shares when his future wife Brigit donated her kidney to him and what life is like today raising twins.


Toto Wolff and I have a fighting culture

Niki Lauda and Toto Wolff offer insight into their working relationship as executives at Mercedes Benz Motorsport, including accounting for Wolff’s tardiness plus quickly addressing and resolving disagreements.


Taking a reporter flying on his airplane

Niki Lauda shares stories of overcoming political hurdles including a government-run monopoly to launch his airline business, Lauda Air. Lauda shares why he made a point to personally pilot at least one Lauda Air flight per week, then personally flies Graham and his team from Austria to Belgium.

Niki Lauda describes the horrific, unforgettable scene as he examined the site of the 1991 Lauda Air crash in Thailand, which took the lives of 213 passengers and 10 crew members. Lauda details his work with Boeing to help find closure for families of the victims and why it took eight months before they could announce the design flaw in the 767 airplane.

Niki Lauda offers his thoughts on the current state of Formula 1 and says it’s relatively easy to win a single championship in the sport, but tough to win multiple F1 titles. Lauda also says the sport is safe enough and that he fears additional safety measures would reduce fan interest.