Carey: I’d like three or four teams to compete for the title 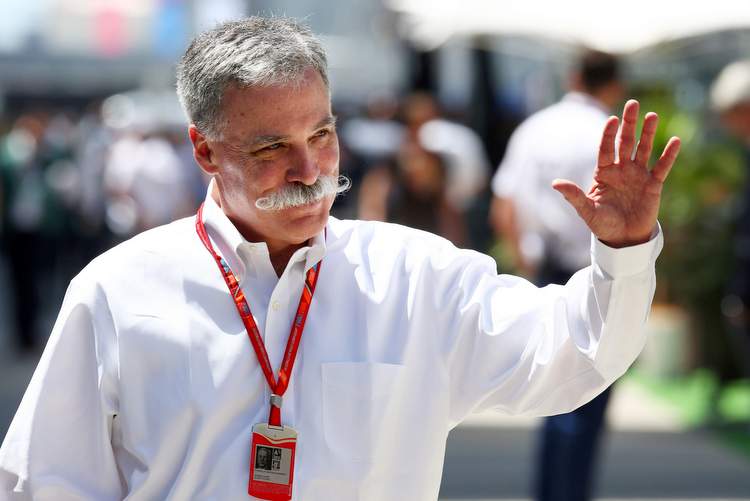 Formula 1 chief Chase Carey is now almost a full season into his job at the helm of the sport and while his organisation is starting to be pressured into delivering rather than talking, he is adamant that moves are afoot, out of the limelight, to cut costs and create a more competitive series.

Leveling the playing field in Formula 1 is a decades old discussion which has always resulted to the same conclusion: those with the most money invested win.

This year big spenders have dominated proceedings, Mercedes and Ferrari have slugged it out with Red Bull occasionally in contention, but the gulf between the top three teams and the best of the rest is massive, with little evidence that the balance of power will shift beyond these three teams in the near future.

Speaking to Welt, Carey said, “I’d like three or four teams to compete for the title. Drama springs from the competition. It is great that we have this contest between [Mercedes and Ferrari] during the course of this season, but we would like more teams involved. This is what will make the sport special.”

When the ‘Americans’ took over the sport, under the auspices of Liberty Media, the prospect of turning grand prix weekends into 20 or so Superbowls became an over-used cliche. It appears that enthusiasm for the idea has cooled.

Carey explained, “There is no universal concept. There are different grand prix events in different stages of development and evolution, each is different. The Super Bowl analogy was pushed too far. I do not want to compare Wimbledon to the Ryder Cup or the Champions League.”

“The Super Bowl analogy was, at its core, the representation of a spectacle that lasted, like a party, for a whole week. But at it’s core this sport has something that most people can identify with. My focus is not to compare or follow other sporting events.”

With regards to inheriting Formula 1 ruled by the one-man-band that was Bernie Ecclestone, Carey said, “There were a whole handful of surprises. One of the surprises was the level of support and enthusiasm for the sport.”

“One of the first things we’ve done is to get closer to fans, to open up the sport through fan zones and digital platforms to make the whole thing more interesting and exciting. In the past Formula 1 said no to far too many things. We now want to be a sport that says yes and also one that takes chances.”

The new era leadership has talked a great deal about the future, but there are elements that claim change is not happening fast enough. Calls for more action and less talk are starting to be heard in the paddock.

Force India’s deputy chief Bob Fernley recently called for Liberty Media to reveal a road-map for the future, when asked about this Carey responded, “We’re busy with many things. However, we are more focused on how to implement these changes.”

“We are dealing with the business model for the racing teams. When we do this, we do it confidentially. This is the best way to tackle complex issues involving many parties.”

Carey is clearly keen on cost cutting, “We intend to improve  and make competition closer, thus making the sport healthier for everyone. Should a team pay half a billion to get a car on the track? I don’t think so. I also do not think that it is healthy for the sport.”

“We are right in the middle of all this and we have to make the correct decisions. There are many parties involved: the ten teams, the FIA, the circuits – and you have to make sure that they all have a voice in this process.”

“In the past Formula 1 has been too closed and acted a bit too impulsively, as a result we are are now where we are with the engine situation. Therefore at the same time we are carefully going through the processes so that in the end we have a less complicated, cheaper and louder engine,” added Carey.