Verstappen: Lewis is only happy when he wins 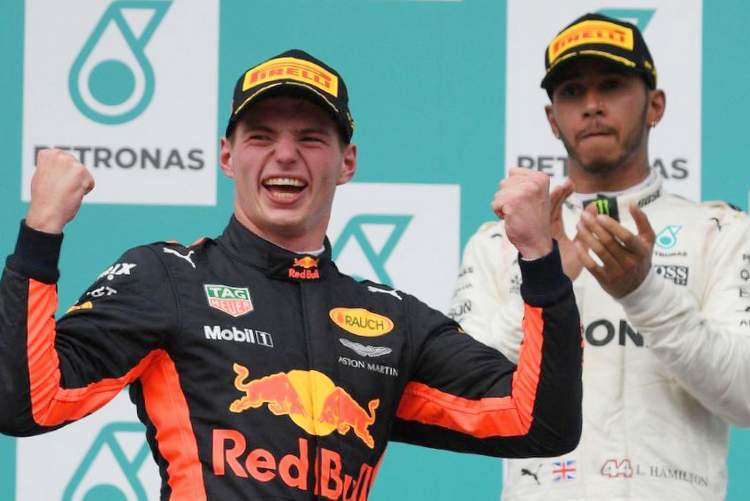 After the Japanese Grand Prix Lewis Hamilton was clearly impressed with Max Verstappen who finished second at the race in Suzuka, prompting the Mercedes driver to put the young Dutchman on a pedestal of sorts.

A week earlier Verstappen scored a tremendous victory at the Malaysian Grand Prix, beating Hamilton fair and square in the process.

In Japan, after the race, Hamilton said of Verstappen who stalked him all the way to the chequered flag, “In Malaysia he was just too quick. I think [in Japan] he was quicker – maybe just a little bit quicker – but I think I was able to match the times we were doing at the time. Yeah, we’re quicker in qualifying but they are at least within a tenth or so of us in the race. We all know how quick Max is, he’s doing a great job, very consistent.”

And recalled his thought process during the race, “I was kind of like – he won the last race, I’m not letting you have this one. I’ve [had to] make sure I kind of man up and show my age and make sure that I stay ahead. Show that I’m actually still very young at heart. That was kind of my thought process for you behind.”

To which Verstappen interjected with a quip, “I was thinking: this guy’s so old in front of me.”

Hamilton continued, “I’m enjoying being in an era with such great young talent coming through. He’ll be here far beyond after I stop. But until then, I will try and not give him too many poles or too many wins.”

There is no doubt that Verstappen is a champion of the future provided he is provided with a car and engine capable of winning races on a regular basis.

As for Hamilton’s admiration, Verstappen was wary of the kind words, “Lewis is only happy when he wins. Not when he comes in second or third. So we are going to have to change that. I hope that I can be a bit more on the podium next to him and of course on the top step.”