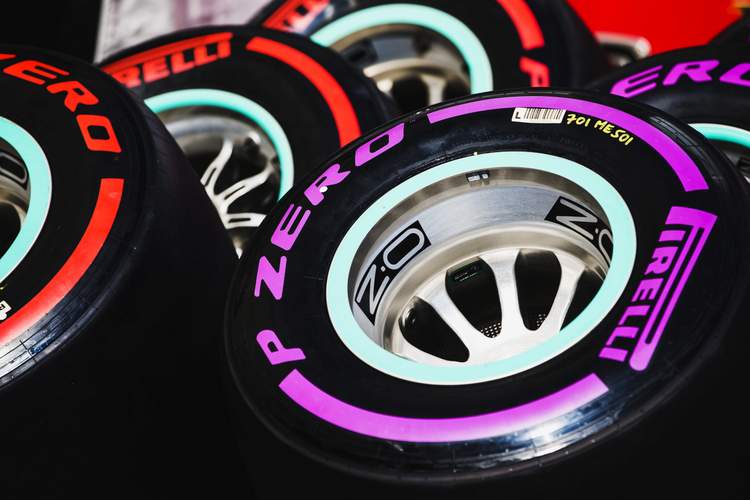 Pirelli has revealed drivers’ tyre choices for the United States Grand Prix at Circuit of the Americas, where ultrasoft, supersoft and soft compounds will be available for drivers in Austin.

Mercedes, Ferrari and Red Bull drivers have made similar choices, with all their drivers opting for seven sets of the purple band ultrasofts.

Valtteri Bottas, Daniel Ricciardo, Max Verstappen, Sebastian Vettel and Kimi Raikkonen have made identical choices, apart from the seven softest tyres, they will each have four sets of supersofts and two sets of softs, while championship leader Lewis Hamilton has gone a little more conservative with three sets of the softs and three sets of the supersofts.

For the eighth time this season, Pirelli has chosen to supply the three softest compounds for a Grand Prix weekend, bringing the Ultra Soft, Super Soft and Soft compounds to the race in Austin.

The midfield teams have gone more aggressive with Williams and McLaren drivers taking nine sets of the ultrasofts to Texas. 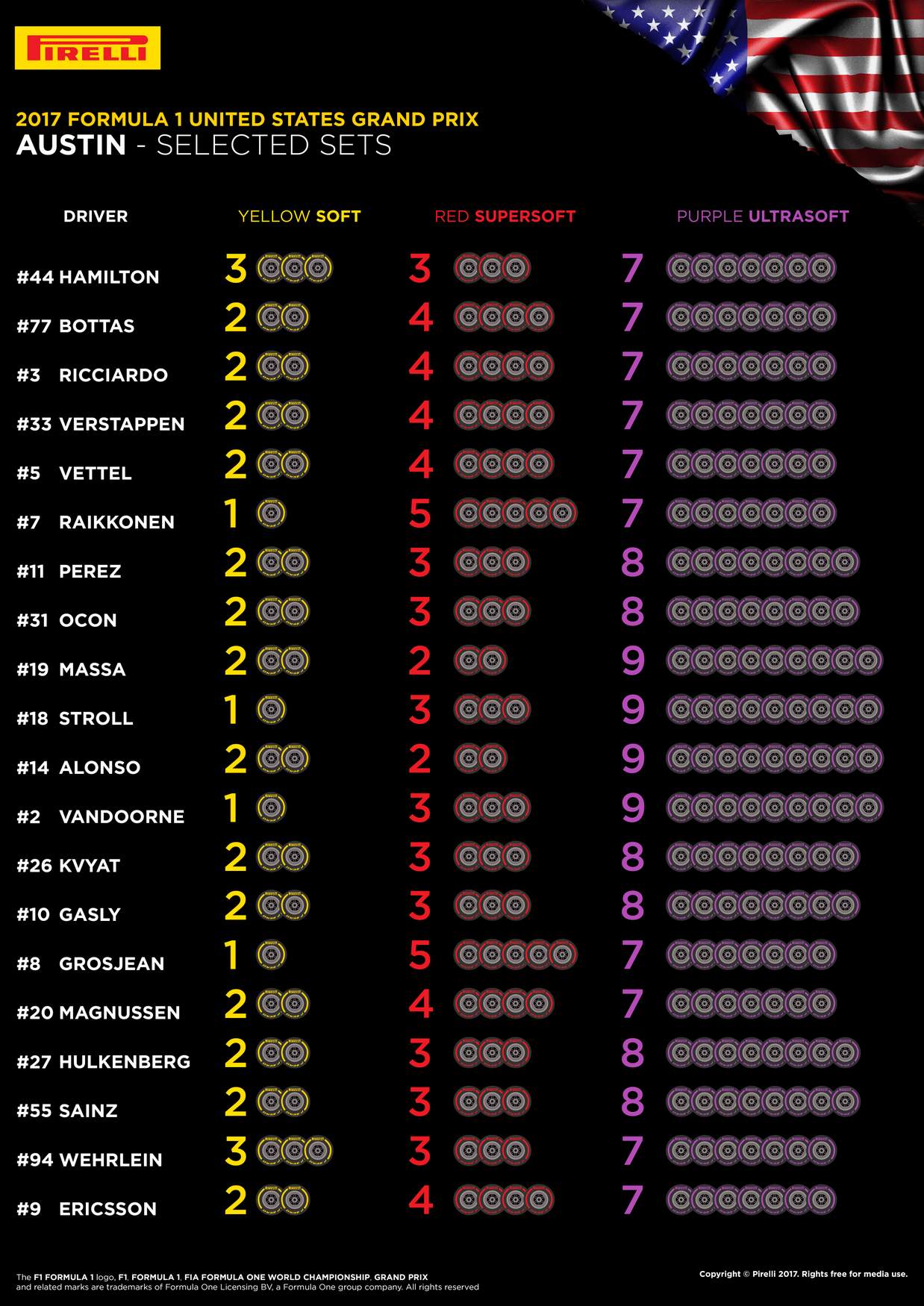