Horner: We run the same engine modes in qualy and race 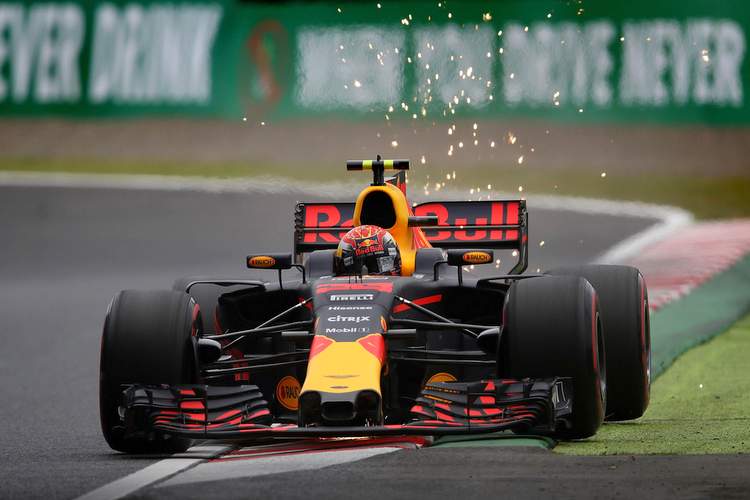 It is no secret this year that when Mercedes and Ferrari enter the last phase of qualifying they have an extra mode whereby they can dial up the power on their engines, releasing a handy bunch of horses for their drivers to maximise during their final runs in Q2 and Q3.

This is a luxury that Red Bull does not enjoy with their TAG Heuer (Renault) power units. Instead according to team chief Christian Horner, Max Verstappen and Daniel Ricciardo, have to make do with the same engine modes they use in the race. A little like going to a gun-fight with a knife.

Horner told reporters after the Japanese Grand Prix, “We ran in the same modes in the race that we do in qualifying.”

“This circuit is particularly sensitive now that such a large percent is flat out, even with load-bearing corners. So what we see if we pick a corner like 130R, compared to our immediate competitors, even though that corner is flat out, we never recover on the exit of the corner. We drop two tenths on that one corner.”

“It is like Turn 3 in Barcelona, that long left-hander in Russia – those types of corner are particularly painful. With this track now being a bigger percentage full throttle, particularly towards the end of the first sector, accelerating out of the two Degners, out of the hairpin, around into the last sector, we see it is pretty painful there.”

The Renault power unit powering the Red Bulls clearly does not have that ‘hot-lap’ mode that their main rivals have at their disposal.

A glance at the lap times during qualifying show that the pole winning time, set by Mercedes driver Lewis Hamilton, in Q3 was 1:27.319, which was 0.987 of a second faster than Ricciardo’s final effort, good for fourth. Verstappen was a tad over a second down on the top time in fifth.

Ferrari driver Sebastian Vettel was third fastest at the end of qualifying, half a second up on Ricciardo. The German admitting that it was a banzai lap which went wrong, suggesting he could have been closer to Hamilton’s best and thus a couple more tenths up on the Red Bulls.

Notably, the gap between Hamilton and Verstappen in Q1 was only a tenth of a second, with Ricciardo four tenths adrift.

Horner explained, “We gave away the best part of a second [in qualifying]. Whereas in the race the chassis has been strong all weekend. We could see from the GPS overlays that the chassis is right there. They can’t run in the high power modes for that duration during the race.”