Arrivabene: We have to grit our teeth and move on 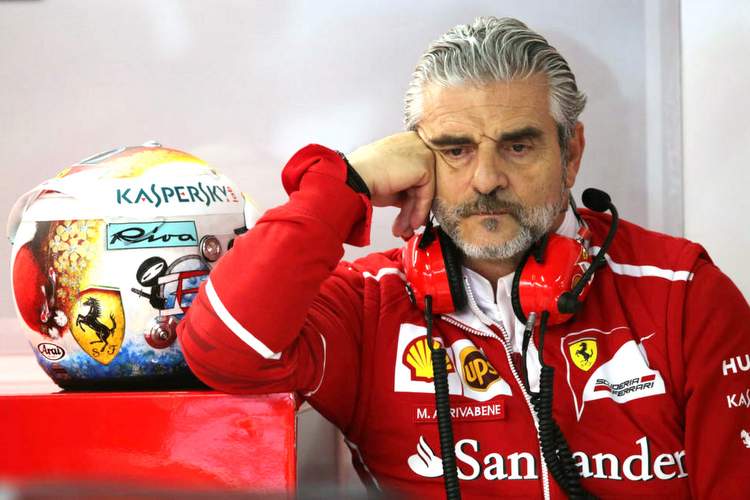 The fall from championship leaders to also ran has been dramatic for Ferrari in the last five races, but team chief Maurizio Arrivabene says they will grit their teeth, move on from the disappointing Japanese Grand Prix and continue to challenge for the title until the very last race.

It was another woeful weekend for Ferrari, it started with Kimi Raikkonen crashing in FP3 and compromising his qualifying and race. The veteran Finn salvaged some pride with fifth place in the race at Suzuka.

The real pain was caused by a 59 euro spark plug which sidelined Sebastian Vettel shortly after he roared off the grid from second place after a frantic attempt by an army of engineers in red trying to rectify the problem which emerged on the warm-up lap. His race was over on lap four.

Arrivabene reflected, “We have to grit our teeth and move on. It is what it is, but we will not give up. Apart from the components that have let us down the car is good. We start, by turning the page, motivated, analysing what happened, returning to Austin and go for it again.”

“The points gap to Mercedes is big, but we must also be humble and recognise that what has happened is due to our shortcomings, not theirs. In the last two races we have been heavily penalised by faulty components which have little to do with the bigger picture of our project.”

There was a telling moment at the Ferrari pit wall, during the race shortly after Vettel was told to retire his car, when Arrivabene hugged the German driver.

Arrivabene explained, “Vettel and I know each other well and the hug meant ‘don’t worry’ we move on, continue fighting to the end. We won’t give up.”

With four rounds remaining in the championship, Vettel trails Lewis Hamilton by 59 points in the drivers’ championship, and Ferrari are 145 points behind Mercedes in the constructors’ points table.