Toro Rosso in quandary over who will drive in Austin 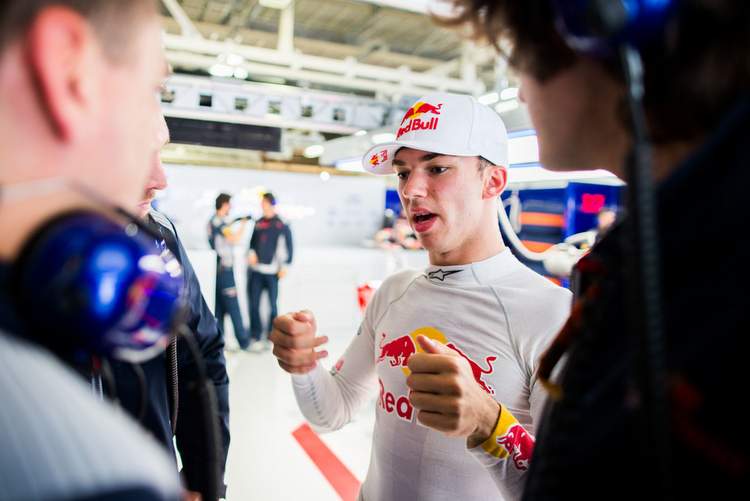 Toro Rosso apparently made a mistake in a press release which claimed that Daniel Kvyat would rejoin the team alongside rookie Perre Gasly for the United States Grand Prix, but Red Bull driver chief Helmut Marko has denied that this has been decided as yet.

In the press release announcing the news that Carlos Sainz would join Renault for the race in Austin, the team wrote: “At the Circuit of the Americas in Austin, Daniil Kvyat will drive for Scuderia Toro Rosso alongside Pierre Gasly.”

Kvyat is sure to be back in the cockpit, but Gasly is in contention for the prestigious Japanese Super Formula title, where he is half a point shy of top spot and could clinch the title during the season finale double-header at Suzuka on 22 October – the same day as the United States Grand Prix.

Marko told reporters at Suzuka, “”It’s only correct concerning Kvyat. Gasly is a decision that hasn’t been done yet. [The press release] was a mistake and there was a misunderstanding.”

Team Mugen, the Honda backed Super Formula team, are keen to have Gasly race on the above-mentioned weekend and have a shot at winning the title. Honda will power Toro Rosso next season.

The Japanese manufacturuer’s motorsport chief Masashi Yamamoto told reporters in Suzuka, “Before the Sainz move, we said we wanted Gasly to race for us in Super Formula. But now it’s a fact that Gasly has to drive in the United States instead of Sainz.”

“We think the priority is Formula 1, obviously. It’s the top category. If there is any case that someone else can race instead of Gasly, then obviously we would by happy to have him in Super Formula but Formula 1 is the priority.”

Gasly, who was drafted into the Toro Rosso team in place of under-performing Kvyat in Malaysia and Japan, is indifferent regarding where he will be on the weekend of the grand prix at Austin or the finale at Suzuka.

He said, “The two options are exciting for me. If I go to Super Formula, fight for the title and come back to Mexico and finish the season with Toro Rosso that would be great, because a title is a title. But if I can go to Austin and race with Toro Rosso and end the season with them I will not complain because it is a fantastic opportunity.”

“Also it’s a good experience for me to be in F1. At the moment, we need to wait and I’m pretty sure we will find out next week or the week after and everything should be confirmed.”

Gasly is expected to be part of the Honda powered Toro Rosso team in 2018, his teammate for next season is not yet known but it is expected that Kvyat will remain with the team.

The Red Bull junior driver programme this year consists of Gasly, Niko Kari, Dan Ticktum, Neil Verhagen and Richard Verschoor. Apart from Gasly none of the other four drivers are ready to step up to Formula 1.

This is a tricky situation for Marko who has to decide if Gasly will skip the United States Grand Prix and please Honda, but at the same time create a situation whereby the second seat alongside Kvyat will need to be filled.

This week Red Bull and Toro Rosso are expected to announce the driver who will partner Kvyat in Austin.