Marchionne: The season is not lost 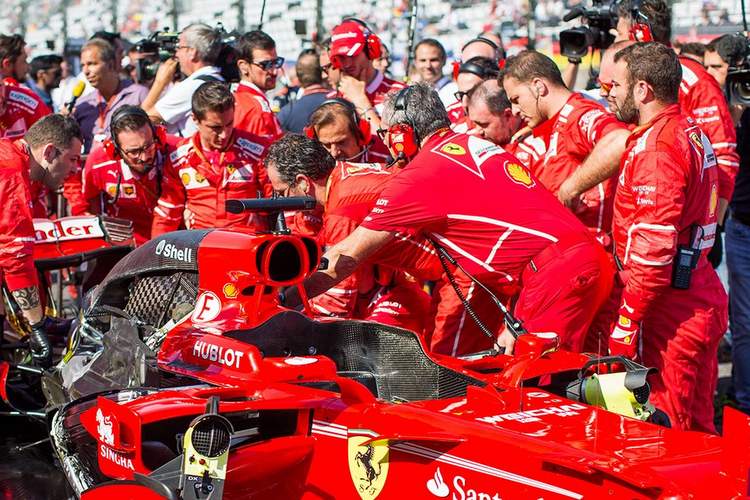 Ferrari big boss Sergio Marchionne appears to have gone soft on his team after another technical issue – this time a 59 euro spark plug – sidelined title contender Sebastian Vettel early on during the Japanese Grand Prix, and with it virtually ended his title aspirations.

In the past, Marchionne has been scathing of his team’s below par perfromances accusing them of “screwing up” and “embarrassing” him at Monza, but after another ‘shot to the foot’ defeat at Suzuka he has urged his team not to give up and dismissed the technical issues as nonsense.

Speaking to CNBC, Marchionne said, “Without being arrogant I think Ferrari is at the same level, if not superior, to Mercedes today. Red Bull has also made progress, but I do not think they are challenging Ferrari’s position in the race.”

“I do not want to talk about luck because I do not believe in it, things are happening to all of us especially in the race. The important thing is to not lose the confidence that has brought us so far.”

“The season is not lost, there is still time to rebuild. With all the modesty we have at Ferrari, the car has made tremendous progress.”

Then, with reference to the faulty spark plug that compromised the race in Japan, Marchionne said, “It was technical nonsense, a component that costs 59 euros blew our race.”

Echoing statements he made after the race in Malysia when a technical issue sidelined Vettetl in qualifying and Kimi Raikkonen on the grid, Marchionne added, “We need to renew commitment to the quality of the components we are producing for F1.”

“”This is a problem that we ignored over time and that was not of importance. But now, at least on three occasions it has had a devastating impact on the performance of the Scuderia. We need to fix that.”

Big Question: Is the season lost for Ferrari?