Arrivabene: The championship is not finished 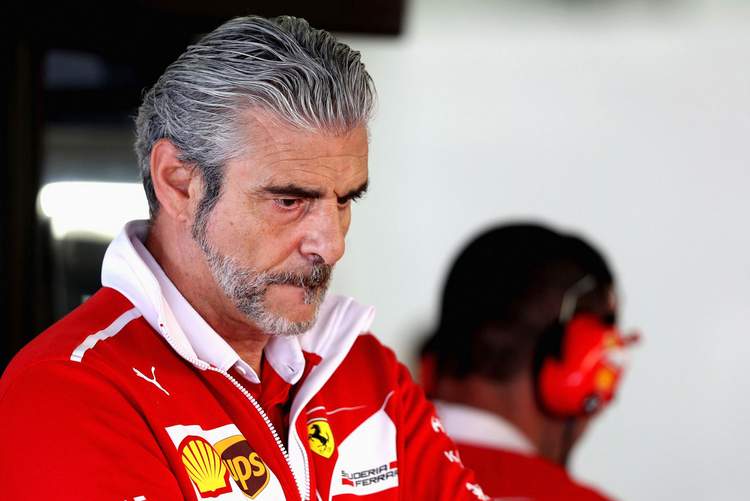 Ferrari F1 chief Maurizio Arrivabene is adamant that his team will not give up on the quest to win the drivers’ world championship with Sebastian Vettel, despite a spark plug failure dealing the Italian a near mortal blow to their title aspirations.

Speaking after another problem packed weekend, Arrivabene declared, “The championship is not finished. We will fight until the last race, the last lap and the last turn. That is what I can guarantee.”

The rot began shortly after the Vettel lined up his Ferrari on the second place slot on the grid, a problem arose and the team swarmed frantically around the four times world champion’s car in an effort to sort out the issue.

The problem appeared to be resolved, as Vettel got off the line well but soon he lost speed dramatically and was gobbled up by the chasing pack. The German reported a “loss of power” and by lap four he was told to retire the car.

Title rival Lewis Hamilton went on to win the race and bag maximum points, leading the championship by 59 points over Vettel with four rounds remaining.

Arrivabene added, “Once again, despite our car clearly having great potential, things did not go to plan. The problem that stopped Seb was down to a broken spark plug. We spotted that something was not right on the lap to the grid and we tried our best to fix the problem.”

“Seb got a great start, but shortly afterwards we had to call him back to the garage prior to retiring the car. Kimi’s race was compromised by his less than ideal start position, which came about because of the penalty he had to take for a change of gearbox following his accident in P3. From there, he was able to move up the order as far as fifth place.”

“As I’ve said before, we know that the car, the drivers and the team are all on the pace. That is why we will tackle the coming races with great effort and even more determination,” added Arrivabene who revealed (at the time of writing)  that he had not yet been in touch with outspoken, and often critical, Ferrari president Sergio Marchionne.

Big Question: Do Ferrari and Seb still have a chance of snatching the 2017 F1 title?