Wolff: A day that shows why Lewis is one of the best of all time 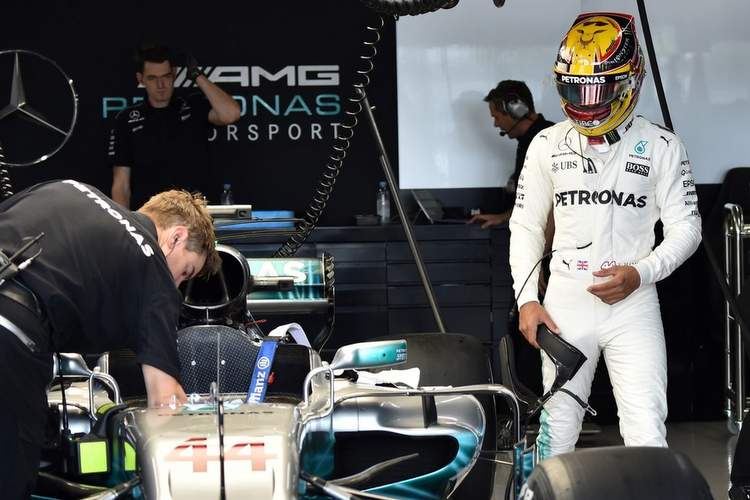 Mercedes boss Toto Wolff hailed Lewis Hamilton as one of Formula ‘s greatest ever drivers after the triple world champion’s record-breaking pole during qualifying for the Japanese Grand Prix at Suzuka.

“Lewis was untouchable today,” gushed Wolff ahead of a potentially title-defining race at Suzuka on Sunday. “He just built up the performance level lap by lap and improved with every run. It was a day that shows why he is one of the best of all time.”

Hamilton leads Ferrari’s Sebastian Vettel by 34 points with five races left this season and will start alongside the German on the front row.

And after powering to his first-ever Suzuka pole and his 10th of the year, a buzzing Hamilton promised to beat his title rival to the first corner.

“We’ve put ourselves in the best fighting position,” said Hamilton after smashing the previous record set by Michael Schumacher in 2006 by 1.7 seconds.

“Obviously it’s me and Sebastian on the front row – I wouldn’t want it any other way. He won’t be any more aggressive than I am,” insisted Hamilton, who has racked up a record 71 Formula One poles. “I’ve got eight metres [advantage], I need to make sure I keep the eight metres that I have and have a good start.”

Vettel, promoted to the front row because of a five-place grid penalty to Valtteri Bottas for switching his gearbox, realistically needs a victory on Sunday to keep his title hopes alive.

He also has most to lose from a rush of blood at a first corner infamous for a collision between Ayrton Senna and Alain Prost that secured the Brazilian’s second world title in 1990.

“I’ve never really had this view here. I hope I can capitalise on it. My knowledge of the car is better than it’s been before, which has enabled me to go out and do the job.

“The Ferraris will be rapid but the plan is to keep them behind.”

Wolff also believes Mercedes have got the balance right after being off pace in Malaysia last weekend, where Red Bull’s Max Verstappen claimed victory.

“The swings of performance we’ve seen this season prove that this is a complicated science and that small factors make a big difference to the final result,” he said. “Today’s result brings us another piece of the puzzle to help our understanding.”

Big Question: Is Lewis among the best of all time?