Vettel: In race trim we are closer to Mercedes 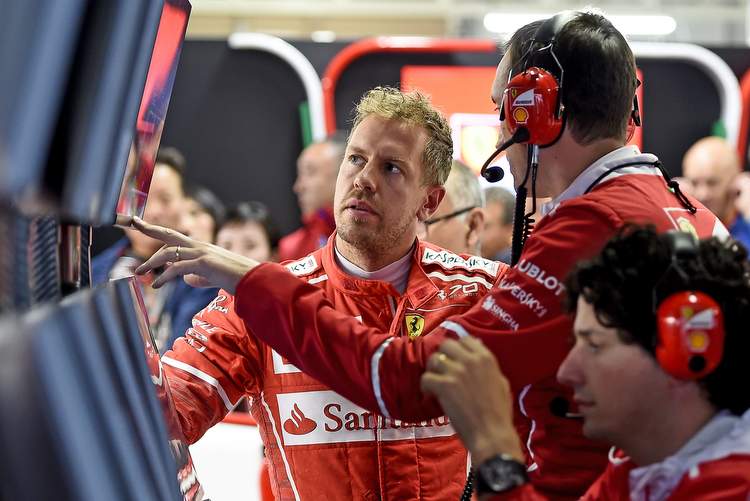 Sebastian Vettel finished qualifying for the Japanese Grand Prix but will start from the front row of the grid. thanks to a penalty incurred by Mercedes’ Valtteri Bottas, from where the Ferrari driver believes he has a car to match title rival Lewis Hamilton.

After enjoying a couple of races where the Ferrari had the legs on Mercedes, Vettel was incapable of preventing the Silver Arrows one-two during qualifying at Suzuka.

He explained, “I think in the last run there was still a bit of time that I could have activated. I knew that there was a gap to Lewis, but I also knew that Valtteri [Bottas] was not an issue, so I tried – but it didn’t work out so well. In the end I knew that P1 was not really an option today.”

The Ferrari this year has shown strong pace in warmer weather, while Mercedes have faltered when temperatures are high.

Asked if he felt that the predicted warmer conditions for race day would favour him, he replied, “What are we talking about? 26 degrees Celsius? I guess it is not enough to be differentiator if that is meant as a hint that Mercedes at times had issues with the heat. But let’s wait and see – so far this weekend we have not had these kind of temperatures. Who knows? Fact is that under warmer conditions we do better.”

As for his battle plan, the four times F1 world champion said, “A good start – that helps! The best-case scenario would be that they cannot keep up with us! Next thing is to have a good balanced car – especially when the conditions change from today to tomorrow. Ten degrees warmer – as a driver you have to have a good feeling when it comes to the front wing – to give the car the perfect finishing touch.”

“The first stint will be very important: if you are behind never lose contact to the guy in front and when in front try everything to create a gap. The start will answer that question.”

But Vettel is not only concerned about Mercedes, he is also wary of Red Bull whose Max Verstappen won comfortably at Sepang last week.

“You should never underestimate [Red Bull]. I don’t know why it didn’t work out for them so well today. Maybe yes, it’s a question of conditions. My guess is that it will be tight when it comes to the podium, because they as well have been better in the race trim than with the single-lap pace,” added Vettel.

Finally, asked if he could defeat Hamilton who he trails in the championship by 34 points, Vettel replied, ” Hopefully yes…”

Big Question: Will Seb have the pace to beat Lewis at Suzuka?