Raikkonen: It was my mistake and I paid a hefty price 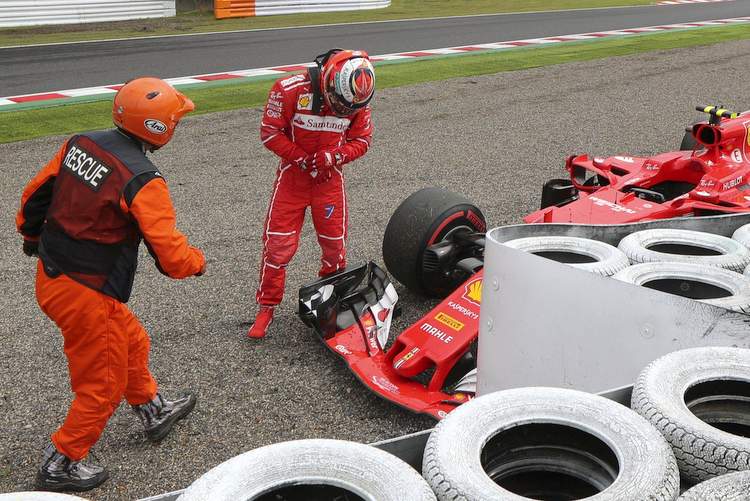 Qualifying at the Japanese Grand Prix was compromised for Kimi Raikkonen the moment he lost control of his Ferrari at the second Degner and as a result slammed the wall during FP3, wrecking his car which required a new gearbox which.

His crew did a superb job to get his car ready just in time for him to go out and do laps in Q1. But the Finn was always on the back-foot, struggling to find the sweet spot during the session.

In the end he was sixth fastest but will start the race from 11th due to a penalty for the gearbox replacement.

Raikkonen admitted, “It was my mistake and I paid a hefty price for it with the penalty and, obviously, with a far from ideal preparation for qualifying. But that’s how it goes.”

“I made a similar mistake in the same place as before at the start of Q3 but I think it was more to do, to be honest, with the limited running we had yesterday in the dry and not really having any laps on new tyres in FP3 because of the mistake that I made. That was more the issue than anything else.”

Raikkonen can take some solace from the fact that, a week ago in Malaysia, his teammate Sebastian Vettel scythed his way from the back of the grid to fourth place.

Asked is he felt he could do the same at Suzuka on race day, Raikkonen replied, “That’s the plan, but you never know beforehand. Obviously it’s a slightly different circuit, not as straightforward than some other places but I think we have a good car.

“We’ll do our best and see where we end up. It’s never going to be easy but I’m pretty sure we should have a pretty decent race,” added Raikkonen who scored a famous last lap victory at the 2005 Japanese Grand Prix, which many consider to be one of his finest drives.