Ricciardo: 99.999 percent I will be with Red Bull next year 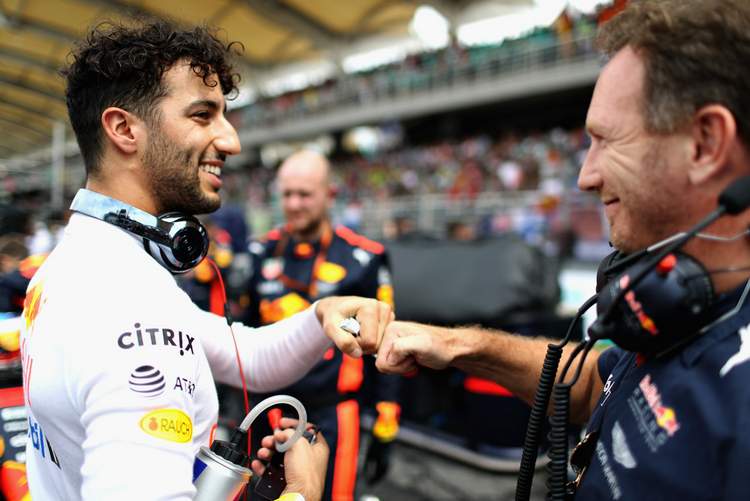 Daniel Ricciardo has played down suggestions that Red Bull are planning for life without him and is adamant that next year he will be driving for the energy drinks outfit despite noises to that effect being made by the team’s driver consultant Helmut Marko.

During the drivers press conference at Suzuka, Ricciardo said, “I’m 100 per cent – well 99.999 per cent – sure I’ve got a seat with Red Bull Racing next year.”

During the lead-up to the Japanese Grand Prix weekend, Marko told Auto Motor und Sport, “Verstappen has a longer contract. But Ricciardo is already on the market. We have to look for alternatives. We will not be unprepared.”

Amid the speculation that he was in danger of losing his seat with the team, which Marko’s comments sparked, Ricciardo explained, “I guess he’s talking about beyond that, but nothing’s been said between us beyond next, so I guess he’s more stating facts. I don’t think he has a plan yet beyond 2018. I should be racing next year.”

Ricciardo becomes a free agent at the end of next season and his services will no doubt be in high demand. Although it is not a given that Red Bull will allow him to walk away without offering him a deal, however there has been talk that a drive for Ferrari could happen starting in 2019.

The Australian’s shares have grown steadily over the years in Formula 1 and right now he is one of a handful of drivers that most teams would welcome as a driver, as he has shown impressive race craft and a knack of seizing the moment when the slightest opportunity knocks.

Big Question: Would be Daniel be good for Ferrari?