Wolff: We want Lewis to stay a while 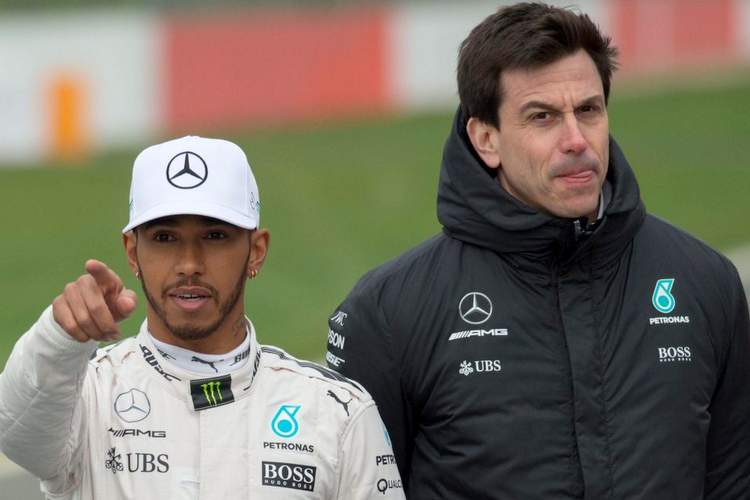 Lewis Hamilton has a contract with Mercedes until the end of 2018 and it appears he is keen to renew the deal for the long term, perhaps even until the end of his Formula 1 career, but right now he and his Mercedes team are focused on winning the world championship and extension talks are on the back-burner.

Speaking to the Telegraph, Mercedes chief Toto Wolff said, “I think at the moment we are the team we need to be in order to win races and championships. And Lewis is the most competitive driver. We want him to stay a while.”

Asked when a new deal will be struck between the two parties, Wolff said, “We want to win the championship first and then open discussions because they can take a while. We don’t think it would be a good thing to do right now.”

Hamilton joined Mercedes in 2013 after nearly a decade under the wing of McLaren, who financed his junior career and gave him his F1 break and also steered him to his first F1 world title. But by Hamilton’s own admission he was stifled at Woking, while Mercedes have given him the freedom to be himself.

Wolff explained, “The more you try to limit him – put him in a box – the more detrimental it will be for his performance. The old mentality of ‘A racing driver has to be like this or like that’ is invalid for Lewis.”

“He is a great personality in Formula 1. The kind of deal we have is that he drives the race very fast. And we provide the framework that enables him to do so. And it’s a win-win situation.”

Hamilton appears more at ease this season with his new teammate Valtteri Bottas. Prior to the Finn joining the team Hamilton was partnered with childhood freind turned nemesis Nico Rosberg.

Rosberg vs Hamilton was intense and at times disruptive for the team that were clearly divided as the pair slugged it out for the world championship for three years in a row. Hamilton won two championships during this period, while Rosberg departed the sport with one title to his name.

Wolff provided insight into the relationship between the Silver Arrows teammates, “The dynamic between Valtteri Bottas and Lewis is completely different to how it was with Nico. You can see that they respect each other much more and there is a certain kind of feeling of satisfaction to the other one doing well,”

Hamilton arrives for the Japanese Grand Prix with an unexpected lead of 34 points over title rival Sebastian Vettel, with five rounds remaining.

The Ferrari team and their star driver have suffered a cruel dose of bad luck in the latter half of the season, but Wolff points to misfortune which also struck Hamilton, “We were unlucky a lot, Lewis’ headrest coming undone in Baku cost us a sure race win, for instance.”

The season has been characterised by constant shifts in power between Mercedes and Ferrari, as well as between Hamilton and Vettel thus, as the F1 circus sets up tent at Suzuka, Wolff is taking nothing for granted, “We cannot predict how this weekend’s race will go. We just need to concentrate on getting the right set-up and not predict how we might go or not.”