Massa: Would be good to know my future before Brazil 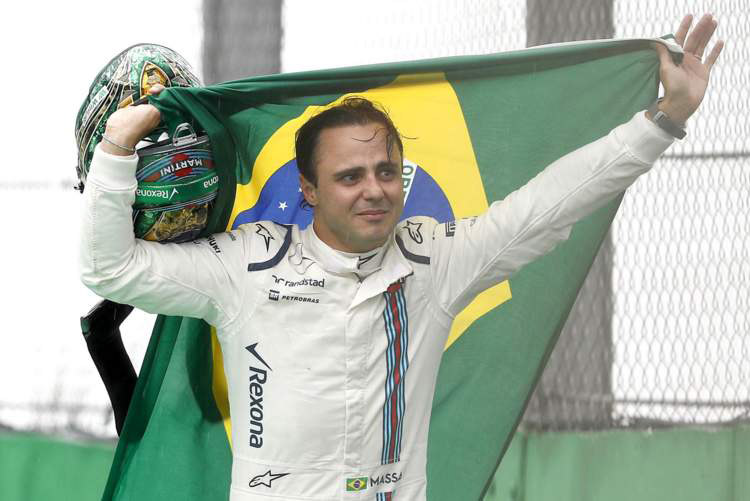 Felipe Massa wants a decision on his Formula 1 future before his home race, the Brazilian Grand Prix next month, while questioning the value of Williams testing would-be replacements Robert Kubica and Paul di Resta in a 2014 car.

Mercedes-powered Williams have yet to finalise their 2018 driver line-up, with Brazilian Massa’s place in doubt at the former champions.

Lance Stroll, the 18-year-old rookie who is backed by billionaire father Lawrence and secured the team’s only podium of the season so far when he finished third in Azerbaijan, is set to stay.

Williams will assess Kubica at Silverstone after this weekend´s Japanese Grand Prix and then in Hungary in a direct comparison with di Resta. The plan has yet to be confirmed officially but is an open secret in the paddock.

Former Force India driver Di Resta is the experienced reserve who stood in for an unwell Massa at this year’s Hungarian Grand Prix.

Kubica has been out of Formula 1 since a 2011 rally crash that partially severed his right forearm but is seeking a comeback, assisted by former Williams driver and 2006 world champion Nico Rosberg.

Massa told reporters on Thursday he did not know about any test plans but it changed nothing for him.

“Williams knows 100 percent what I can give to the team,” said the 36-year-old, who briefly retired at the end of last year only to return when Valtteri Bottas left Williams to replace retired champion Nico Rosberg at Mercedes.

“Even if they do a test in a car that is four years before, completely different. You cannot evaluate too much,” he added.

Kubica, 32, has tested already this season with Renault, his former team, completing 142 laps of the Hungaroring in August in a contemporary car.

But the French manufacturer picked Carlos Sainz to replace under-performing Briton Jolyon Palmer instead for 2018.

“Definitely I think it would be good for the team and also for myself that we know what´s going to happen before the race in Brazil,” said Massa, who was given a touching send-off by fans at Sao Paulo´s Interlagos track last year. “We´ll see if this is possible but I really hope so.”

Big Question: Should Williams keep faith in Felipe for another year?