Wolff: I’m worried because I want Valtteri to do well 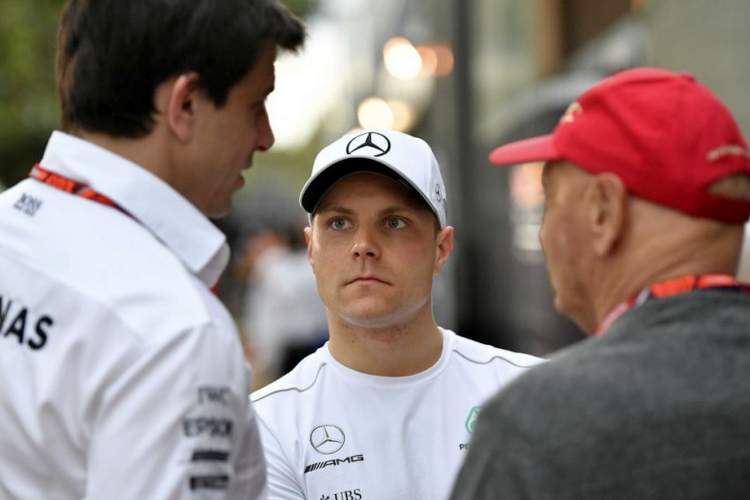 Valterri Bottas is enduring a below par second half to the season, his form dipping alarmingly, to the point that even his Mercedes boss Toto Wolff is concerned about the driver he once managed.

Bottas has been comprehensively overshadowed by teammate Lewis Hamilton, particularly in the last four races since the return to action after the Formula 1 summer break.

The Finn has been a half second or more shy of Hamilton in qualifying since the Belgian Grand Prix. More recently at the Malaysian Grand Prix, by hos own admission, he was out of sorts and struggling.

“Valtteri seems to struggle more in getting the car in the sweet spot than Lewis. There are so many factors that play a role, but I have no doubt his intelligence will put the jigsaw together.”

“We have many more races to do it together and undo the problem. Very good drivers are able to dig themselves out of a difficult situation and I have no doubt he will do that.”

“Somebody clever said: smooth seas don’t make tough sailors. If he can dig himself out of his current under-performance, then he is going to come out much stronger.”

“We have seen very good performances from him this year and he had a dip in form in the last races. But nobody is doubting Valtteri.”

“We have a capricious car. It has a very narrow operating window with the tyres, where the tyres generate optimum grip. And dipping in and out of the window is the fundamental story of 2017 for us.”

“Driving style plays a role. Lewis was able to better adapt to the problem than Valtteri. But changing driving style is not something that comes easy to anybody,” added Wolff.

Big Question: Can Valterri raise his game to match Lewis?