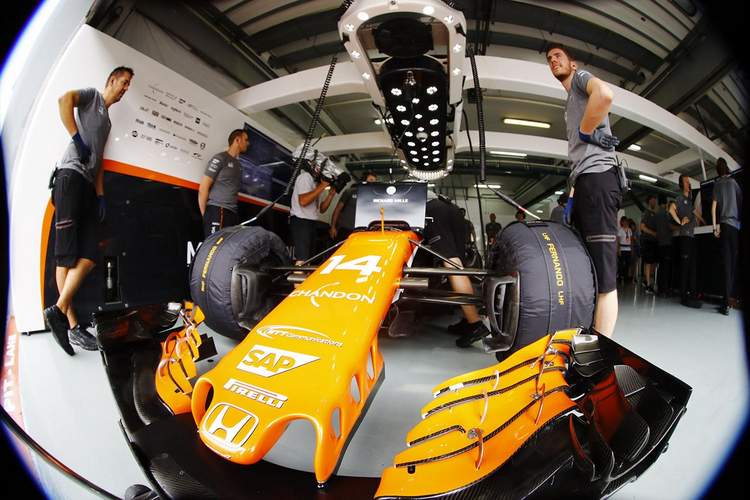 Suzuka – venue of the Japanese Grand Prix – is one of, if not the most challenging track on the Formula One calendar, containing high-speed sections with multiple changes of direction, taking place on narrow stretches of tarmac.

The emphasis is on medium and high speed corners, but the low speed ones are also important to laptime, as well as overtaking opportunities.

As at the majority of tracks, there is a trade-off between downforce and drag, but Suzuka is one of the trickier races on the calendar in this regard.

Speed on the straights is of reasonable importance to laptime, but the first half of the lap lends itself to maximum downforce such is the cornering speed dependency here.

Ultimately, a medium-high load set-up will likely be the one of choice, especially given that the weather is often unpredictable.

This is one of the less critical tracks in terms of rear tyre degradation, so teams can afford to dial out as much understeer as possible, meaning the use of an aggressive front wing is likely.

As with Malaysia, this circuit tests all attributes of a car, although as mentioned above, those that are strong through the faster corners, with a strong Aero package, should excel.

As well as a good overall downforce level, sharp change of direction is key, not only in sector one, but also through the chicane at the end of the lap. 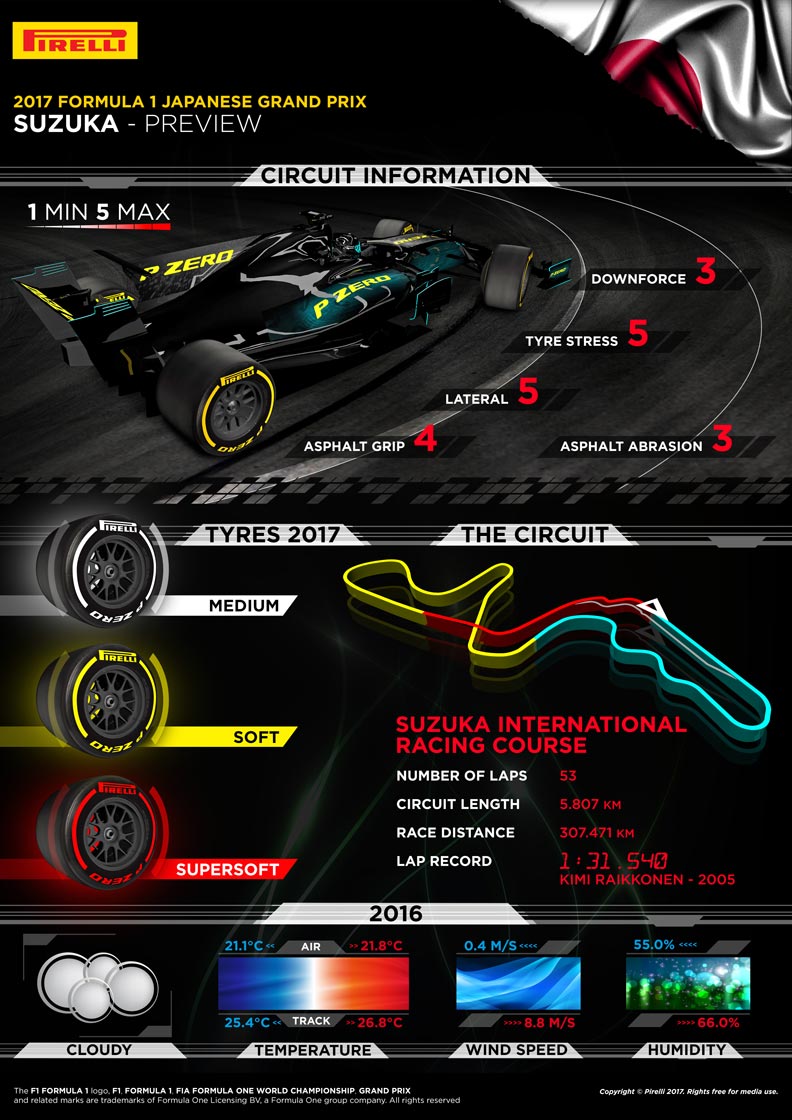 Turn 7 – the Dunlop Curve is another of the corners through which some 2017 cars may be flat-out, but others not so, making it a key performance differentiator on this track.

Turn 11 – it is easy to lock a front wheel into this low speed hairpin, especially if drivers dive to the inside during the race, attempting an overtake.

Turns 13/14 – the Spoon Curves are extremely difficult to get right, with understeer a persistent issue, especially in Turn 14; getting on the power early is critical for the long back straight. 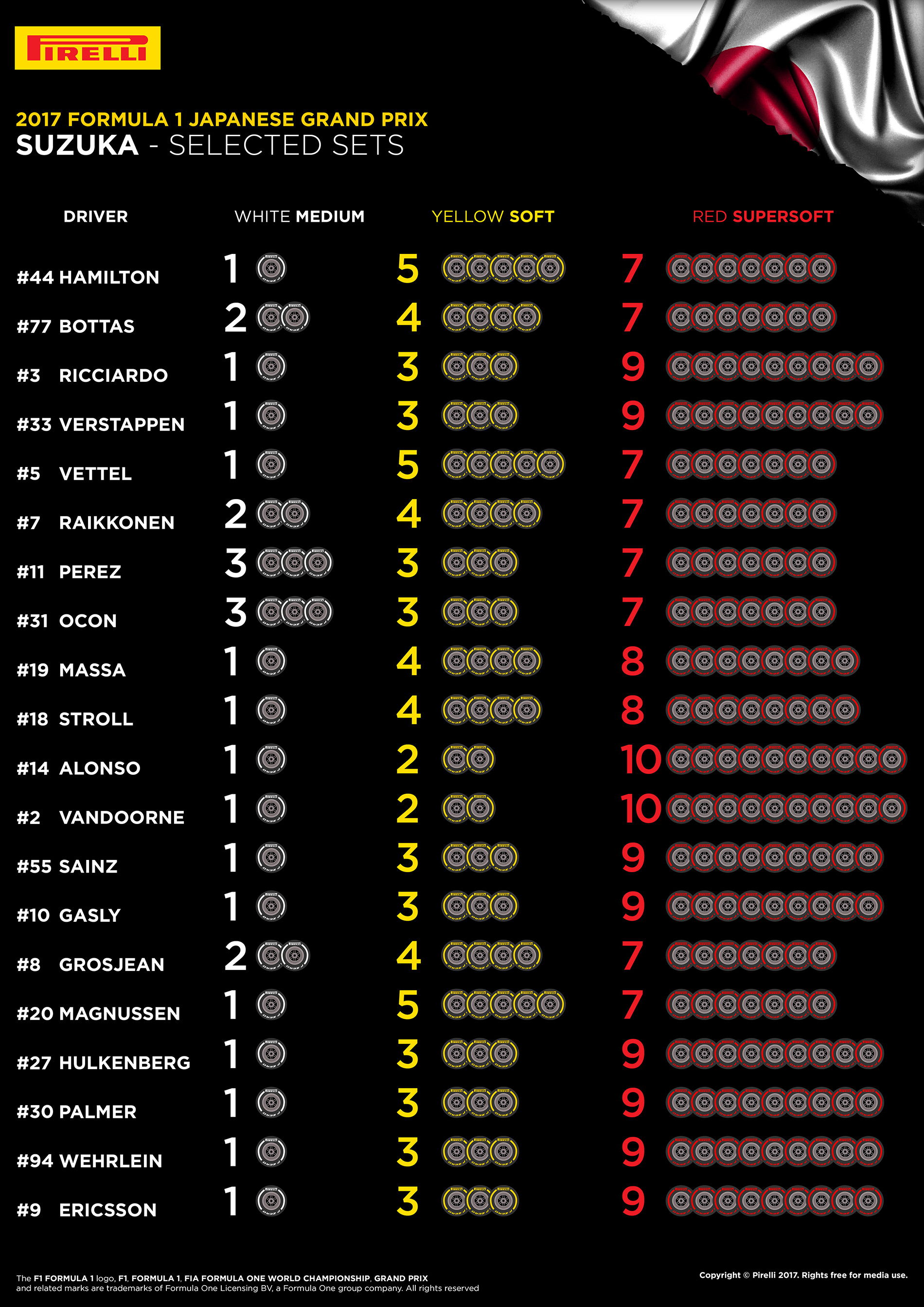 As was the case for Sepang, Pirelli is bringing its softest nomination yet to Suzuka, with the Supersoft, Soft and Medium.

The likely strategy will either be a SS-S one-stop or a two-stop using two sets of Supersoft.

Once again, the Medium is unlikely to be the tyre of choice, with its significant performance deficit to the Soft, although interestingly, Force India has brought three sets, perhaps giving it an insurance policy to complete the race with one-stop if wear rates are higher than expected.