Kubica and Di Resta in shootout for Williams race seat 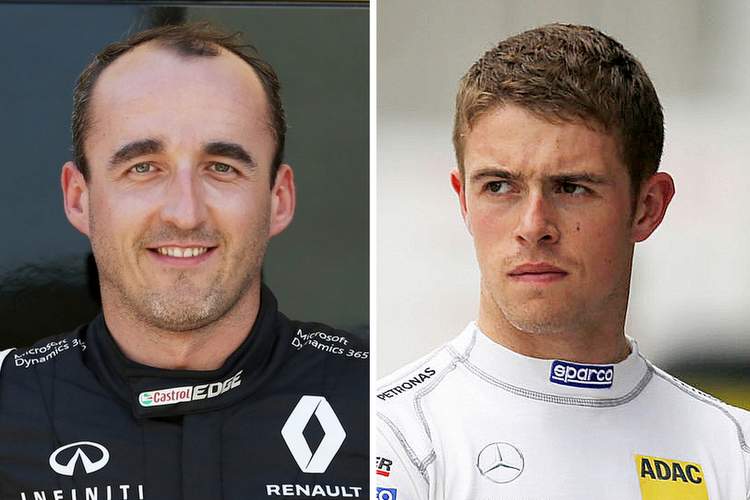 Robert Kubica is expected to test with Williams later this month as he pursues a Formula 1 comeback after a seven-year absence.

Williams have yet to finalise their 2018 lineup, with Brazilian veteran Felipe Massa’s place potentially at stake.

While there was no official comment from Williams, but media reports on Tuesday suggest the 32-year-old would have an initial run out at Silverstone after this weekend’s Japanese Grand Prix.

He will then have a fuller assessment at Budapest’s Hungaroring in a 2014 car, with the team’s British reserve driver Paul di Resta also featuring in the two-day test for comparison.

A well-placed source confirmed to Reuters that the reports were accurate but emphasised it was not a question of a “shoot-out” between the two for the seat.

Kubica partially severed his right forearm in an horrific 2011 crash during a rally that he had entered for fun before the start of the Formula 1  season, and there are lingering doubts about his arm movement.

The Pole is being assisted in his bid to return to the sport by Germany’s 2016 world champion Nico Rosberg, who started his grand prix career with Williams in 2006 before moving to Mercedes.

He completed 142 laps of the Hungarian Grand Prix circuit in August in a test with Renault, but the French team have opted to replace under-performing Briton Jolyon Palmer with Spaniard Carlos Sainz instead, however.

Williams are the only top-five team still with an undecided lineup and Kubica’s only realistic chance, given that Sauber are expected to take on Ferrari-backed drivers and Toro Rosso’s focus is on young talent coming through the Red Bull programme.

Renault said after that August test that they had not seen any “obvious roadblocks” to the former race winner’s return but nor had they got all the answers they were looking for.

Di Resta, who stood in for an unwell Massa in Hungary at this year’s race, is also in the frame for the seat while Massa has said he wants to continue.

The Brazilian, now 36, was due to retire last year but returned when Valtteri Bottas moved to Mercedes in January as Rosberg’s replacement.

Canadian teenager Lance Stroll, whose billionaire father has been funding a test programme using a 2014 car for his son to gain experience, is sure to stay.