Vettel: I am still optimistic 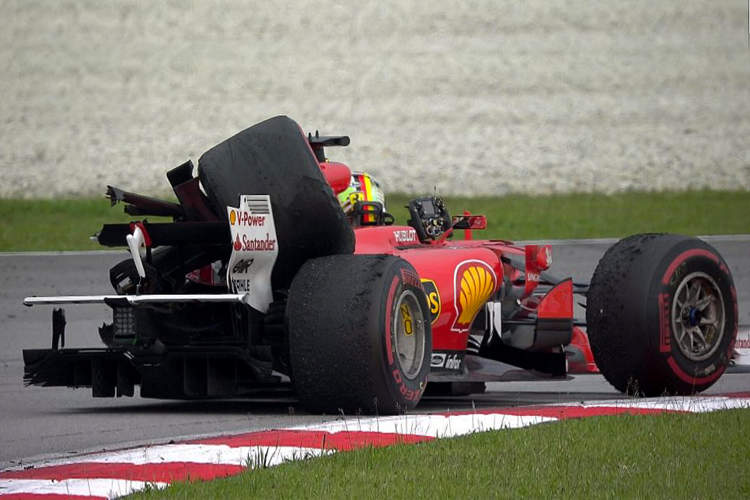 Sebastian Vettel fell further behind Formula 1 world championship leader Lewis Hamilton after the Malaysian Grand Prix at Sepang but the Ferrari driver still saw cause for optimism in the title battle despite the ongoing misfortunes afflicting the Maranello outfit.

Starting in last place after a power unit problem prevented him setting a time in qualifying, with his Mercedes rival lining up on pole position, the German made the best of a bad situation.

While that still stretched Hamilton’s overall advantage to a hefty 34 points with only five of the 20 races left, it was better than the German might have feared.

“I am still optimistic, because we know that we have a quick car,” said Vettel, who nearly snatched third from Red Bull’s Daniel Ricciardo. “It’s been a difficult weekend, but nevertheless the speed is there.”

Vettel’s title hopes have been dealt a severe blow for two races in a row now. An opening lap crash at the last race in Singapore, where he had started on pole, cost him 25 points to Hamilton, who capitalised to win from fifth.

The four-times champion had gone into the Malaysian weekend 28 points behind his rival. Had Hamilton won on Sunday with Vettel fourth, or outscored the 30-year-old by more than seven points, the Briton would have moved into a position to win the title no matter what the German did, including winning the next five races.

Vettel, meanwhile, could still be hit with a grid penalty at the next race in Japan if he is forced to change his car’s gearbox following a bizarre post-race collision with Williams rookie Lance Stroll.

Still, the Maranello outfit can take some heart from the pace Vettel displayed and Mercedes’ struggles.

Vettel set the fastest lap and a lap record on his charge through the field on Sunday even as Mercedes struggled for the second weekend in a row with a car described by team boss Toto Wolff as ‘capricious’.

“It’s further cause to continue to believe in ourselves,” said Ferrari boss Maurizio Arrivabene. “We have the car, the men, the drivers, the means and the spirit to fight all the way to the finish.”

Big Question: Can Seb bounce back with five to go?