Raikkonen: It came out of nowhere 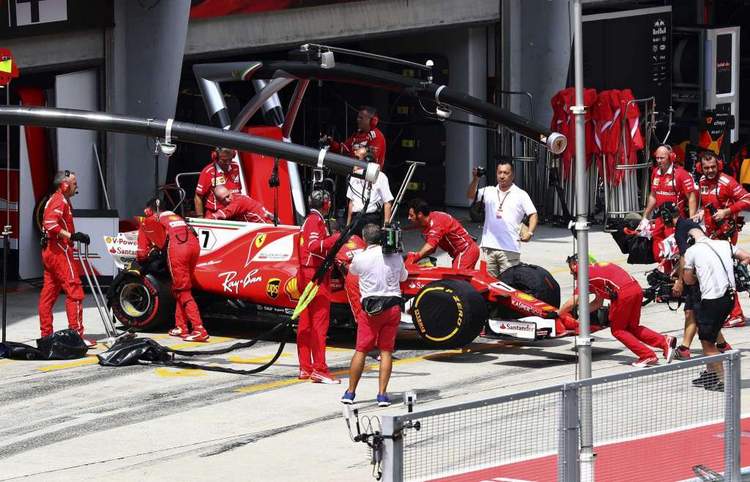 Kimi Raikkonen said it was a pointless exercise to ponder what might have been after the chance of a potential victory went begging for the Ferrari driver when he failed to start the Malaysian Grand Prix because of a technical issue on his car.

The 37-year-old was set to start on the front row of the grid alongside Lewis Hamilton after being beaten to pole position by the Mercedes driver by just 0.045 of a second in qualifying a day earlier.

He reported a loss of power, however, as he drove around the circuit on the way to the grid and was wheeled back into the pits to watch from the sidelines as Red Bull’s Max Verstappen raced to his second career win.

“I noticed it on the way to the grid, it came out of nowhere,” Raikkonen told reporters. “It’s disappointing for all of us but it’s nothing we can change.”

Sunday’s race could have been Raikkonen’s best chance of victory this season at the track where he took his maiden Formula 1 win in 2003.

“I’m pretty sure that my car would have been very good,” said Raikkonen, whose last victory came at 2013’s season-opening race in Australia driving for Lotus.

“But obviously we never know and it’s pointless to start guessing anything. The end result doesn’t change so that’s how it is,” added the veteran Finn.