Najib Razak: We have benefited from hosting Formula 1 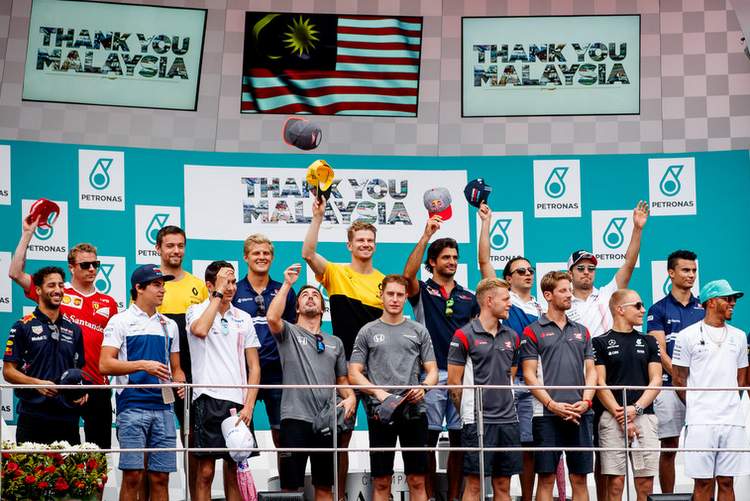 Prime Minister Najib Razak on Sunday said trhat a Formula 1 grand prix could return to Malaysia in futute and pledged the Sepang circuit will not become a “white elephant”.

Speaking before the final edition of the Malaysian Grand Prix, which began in 1999, Najib said the loss-making race could return if the “economic… conditions” were right.

“The economics viability of it is less and less attractive, so we decided to terminate it,” Najib told reporters. “But it does not mean it cannot be reconsidered sometime in the future provided the economic set of conditions is deemed to be favourable.”

Najib said there was a “sentimental kind of feeling” about the last edition of a race which helped raise Malaysia’s profile around the world.

“But it is time to call it a day although we have benefited from hosting Formula 1. It has been a kind of diminishing returns for us,” he said.

Najib’s remarks come after the Sepang circuit’s CEO, Razlan Razali, told AFP it will be a minimum of five years before Malaysia even contemplates bringing back the race.

Malaysia’s government, who have bankrolled the event since its inception, in April announced they were no longer prepared to shell out $67 million a year to stage it.

Najib said the Sepang circuit, built in 1998 at a cost of 308 million ringgit ($79 million), will not be under-used as it will host other races, including the highly popular MotoGP.

“We will develop other kinds of motorsports and see stronger Malaysian participation in the sports. It (Sepang circuit) will not be a white elephant,” he said.

F1 chief executive Chase Carey also said he saw a bright future for the sport in Asia, even though it will host only three of a record 21 races next year.

China and Singapore have both renewed their contracts, to 2020 and 2021 respectively, while next week’s Japanese Grand Prix has been part of the schedule since 1987.

“We are really excited about the future in Asia in general and certainly love to continue our relationship with Malaysia even if we do not have a race here,” Carey said.