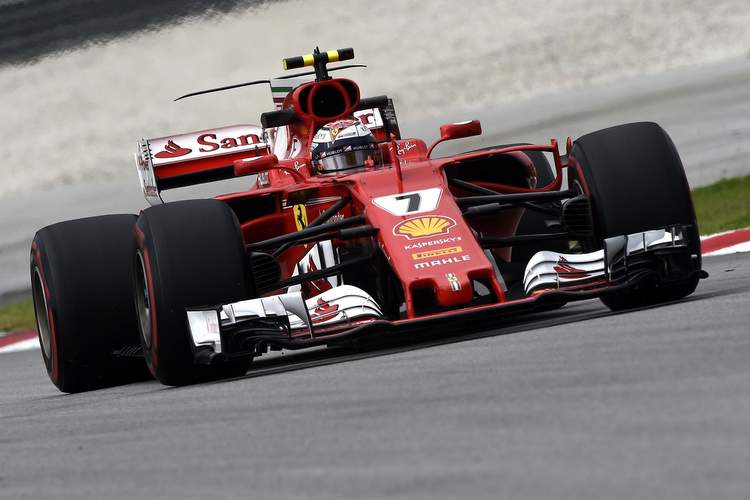 Ferrari continued to enjoy an advantage during the final free practice session of the Malaysian Grand Prix weekend with Kimi Raikkonen topping the timing screens at the end of the one hour morning session at Sepang, with teammate Sebastian Vettel second fastest.

Raikkonen’s best time of 1:31.880 was 0.162 of a second up on Vettel, but there were some concerns late in the session as the German suffered an apparent transmission issue which forced him into the pits whereupon his crew started working on the problem immediately, his session over with five minutes still to go.

Best of the rest, behind the Ferraris, was Red Bull’s Daniel Ricciardo, a couple of tenths down on the top time, suggesting that the energy drinks outfit are serious podium contenders.

Mercedes managed to reduce the 1.3 seconds gap they endured to the pace setters on Friday, to around half a second in FP3 with Valtteri Bottas fourth and Lewis Hamilton fifth.

Max Verstappen was sixth fastest in the Red Bull, the Dutchman involved in a bizarre incident with Renault’s Jolyon Palmer in the dying moments of the session. The pair colliding as they both aimed for the same piece of tarmac in Turn 15 before the start/finish straight.

Verstappen was seven tenths off the benchmark time and four tenths down on teammate Ricciardo.

Force India’s Sergio Perez was fastest of the customer Mercedes brigade in seventh, ahead of Felipe Massa’s Williams in eighth and Esteban Ocon ninth in the other Force India.

The McLaren duo of Stoffel Vandoorne and Fernando Alonso were 10th and 11th respectively.. 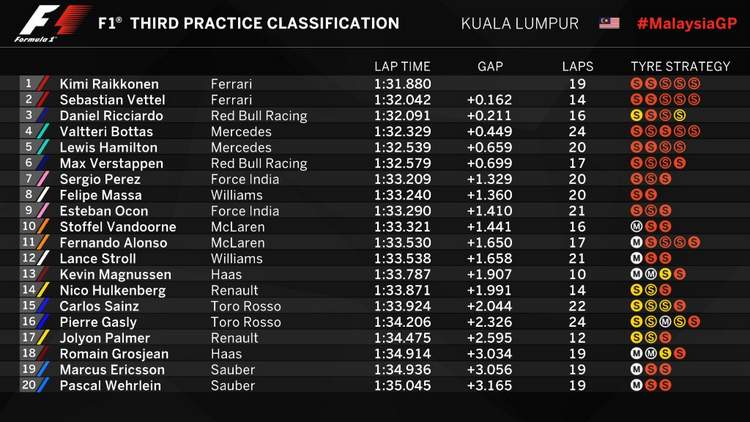