Wolff: One of the worst Fridays I can remember 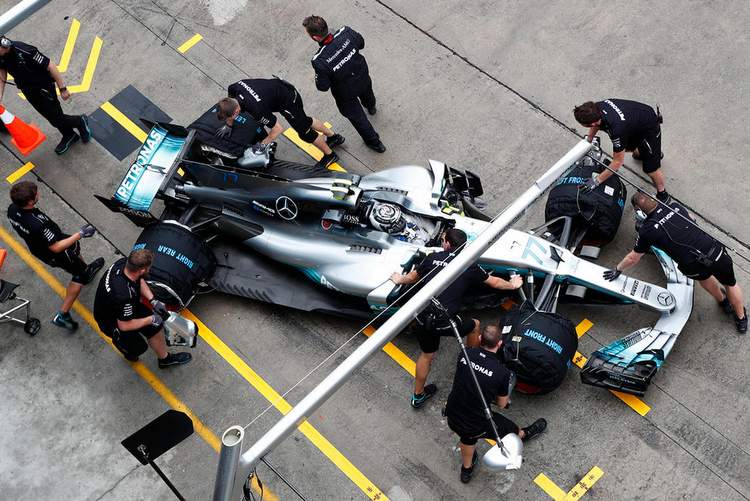 Formula 1 reigning world champions Mercedes have a “fundamental issue” to resolve with their cars after a painful and well below par practice day for the Malaysian Grand Prix on Friday.

Team chief Toto Wolff said it had been an afternoon to forget, “The lap time is reality, the stopwatch always tells the truth. The lap time today showed that we are not quick enough.”

“The car seems to be unbalanced and that triggers an awful lot of consequences and it was certainly one of the worst Fridays I can remember.”

Triple F1 world champion Lewis Hamilton will be hoping they can come up with an overnight solution after the championship leader was only sixth fastest with teammate Valterri Bottas seventh.

Hamilton is 28 points clear of Sebastian Vettel with six races remaining, but the Ferrari driver end day one 1.3 seconds faster than the Mercedes driver.

The Briton is on a hot streak and has won the last three races, including the latest in Singapore that was gifted to him after the Ferrari pair collided into the first corner.

Hamilton said at the end of the afternoon, “It’s been a very difficult day. I’ve been struggling with the car today, so we have to review and try to understand where we have gone wrong with the balance. We’re hoping that we’re able to find our bearings overnight and regroup for tomorrow.”

Hamilton started last year’s race in Malaysia on pole position and led before the engine expired. That failure cost him 25 points and ultimately the title that went to now-retired team mate Nico Rosberg.

Speaking to Sky Sports television, Wolff said the team had struggled from the start and in both wet and dry conditions with a temperamental car he has previously described as being a bit of a “diva”.

“At the moment the car is unbalanced and you slide all over the place, the fronts and the rears, you overheat them and then nothing goes any more. There is a gremlin in the car,” he explained.

“There is a fundamental issue in the car that we need to find out. They are very complex, so it can be a tiny detail that just unsettles the car.”