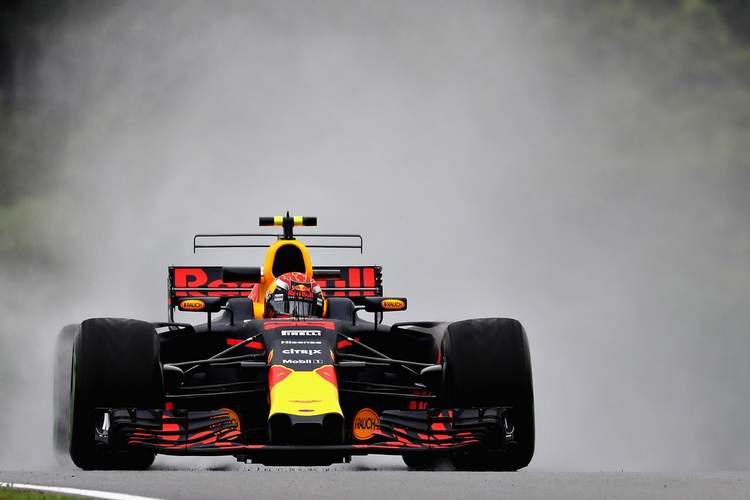 Red Bull’s Max Verstappen set the pace ahead of teammate Daniel Ricciardo as the duo topped the timesheets in a rain-hit opening practice session of the Formula 1 Malaysian Grand Prix weekend on Friday.

The Dutch teenager, who will celebrate his 20th birthday on Saturday, lapped the 5.5 km Sepang Circuit on the outskirts of Kuala Lumpur in a time of 1:48.962 seconds.

Ricciardo, who led Verstappen in a Red Bull one-two in last year’s grand prix and was the first to get a time on the board on Friday, finished 0.757 of a second slower than his teammate.

McLaren driver Fernando Alonso showed some handy pace to finish the session third, ahead of Ferrari pair Kimi Raikkonen and championship contender Sebastian Vettel, who took advantage of a drying track to vault up the order in the closing stages.

The 90-minute session was delayed by half an hour after a tropical downpour lashed the circuit minutes before the scheduled start.

The clock was not stopped, however, limiting drivers to just an hour of running time once practice got underway with plenty of fresh faces taking to the track for the session.

Frenchman Pierre Gasly, making his Formula 1 debut for Toro Rosso this weekend after being drafted in as a replacement for the under-performing Daniil Kvyat, was ninth fastest ahead of Renault reserve driver Sergey Sirotkin.

At Sauber, Ferrari-backed Charles Leclerc took over Marcus Ericsson’s car for the first of four practice sessions the Formula 2 leader will drive by the end of the season.

The 19-year-old, strongly tipped to race for the Swiss team who use the Italian manufacturer’s engines and have close ties to the Maranello-based squad, was 16th fastest ahead of Sauber regular Pascal Wehrlein.

Antonio Giovinazzi, another Ferrari-backed prospect, took over Romain Grosjean’s car at Haas, and the Italian, who stood in for an injured Wehrlein at Sauber for the opening two races of the season, finished 19th.

A hydraulic issue on his Williams kept Felipe Massa in the pit garage throughout the session, the Brazilian unable to complete a lap.

Hamilton goes into Sunday’s grand prix holding a 28-point advantage over Vettel in the overall standings with six rounds remaining of the 20-race season. 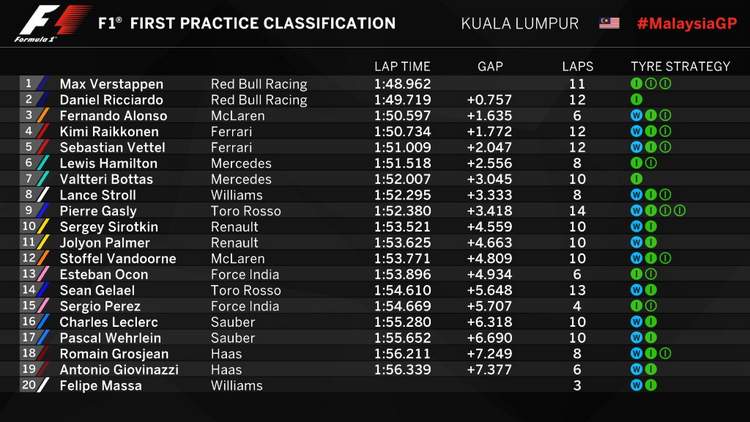