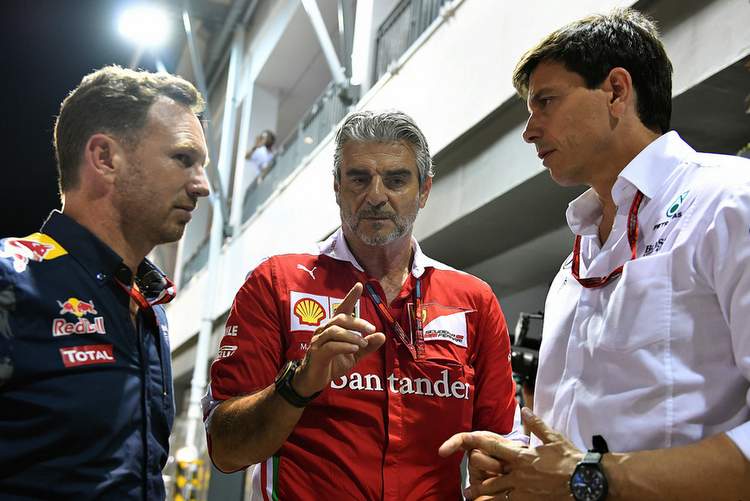 Formula 1 teams fear expensive and closely-guarded secrets could leak to rivals once the former head of the FIA’s F1 technical department has served a three month period of gardening leave which team chiefs believe is not long enough considering the information he has been exposed to.

Marcin Budkowski, who worked at several teams before joining the International Automobile Federation (FIA), quit this week and is barred from starting any new employment for the next three months.

His next move remains unclear but paddock talk suggests that Budkowski will join Renault in January, well ahead of next season.

Team bosses told reporters at the Malaysian Grand Prix on Friday that it would be unacceptable for someone in his position to return with a competitor so soon after departing.

Red Bull’s Christian Horner said, “We take major issue with that if he does end up with another team. In the role that Marcin has been responsible for, he has been in an extremely privileged position and recently he has been in people’s wind tunnels and looking at intimate details of knowledge of next year’s cars.”

“I think three months’ notice period for him to then turn up in a competitor team in Formula One is entirely inappropriate. I certainly hope that isn’t the case…”

Horner and others expected the matter to be discussed at the next meeting of the sport’s strategy group. Teams regularly consult the FIA in confidence on the legality of technical developments they are working that could give them an advantage.

Now is the time of the year when they are ramping up work on the cars that will be racing in the 2018 season starting in March.

“It’s vital that the teams have trust and faith in the governing body that they can discuss their technical know-how, their technical secrets in many respects, which cost millions and millions of pounds, in confidence that that information doesn’t have the ability to end up in a rival team,” said Horner.

Force India’s chief operating officer Otmar Szafnauer said a year would be a more suitable period of gardening leave to ensure that any technology transfer was no longer on the cutting-edge.

He pointed out that the rules already prohibited the sale of cars until they were at least a year old, “I think industry standard for the type of role that Marcin has been performing would be anywhere between 12 and 18 months.”

Toto Wolff, boss of champions Mercedes, said a lot of his team’s information was potentially exposed, “In order to have the full trust of the teams, it’s important to have a certain stability and understanding how quick somebody can leave the FIA and join another competitive team.”