Hamilton: We all have weak spots 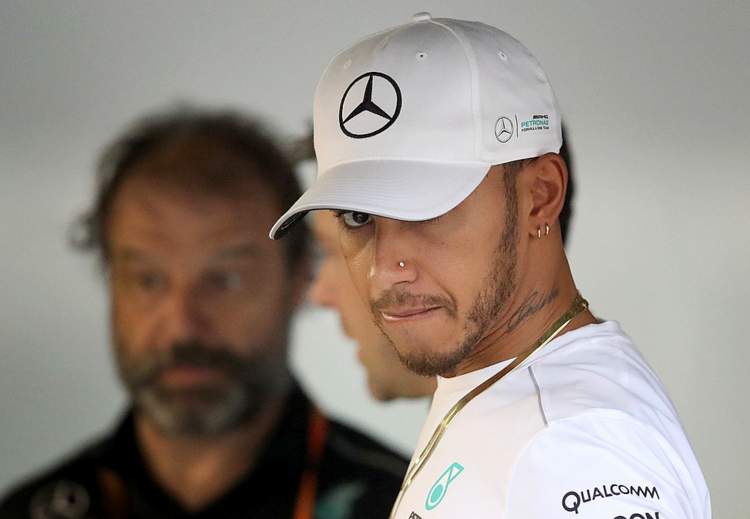 Lewis Hamilton has a commanding lead in the Formula 1 World Championship and he intends to expose the weaknesses in his rivals as he targets a fourth world title, as his team seeks to keep up the 100% reliability he has enjoyed so far this year.

Hamilton arrived for the Malaysian Grand Prix weekend upbeat and with an obvious battle plan to maximise the advantage he now has in the title battle.

The Briton told reporters at Sepang, “We all have weak spots and part of the process of fighting a competitor is always to try and find the exposed areas.”

“If you are playing tennis and you know the server’s not so good with the backhand you then always send it that way. So it’s about trying to identify that and then try to target that.”

“For me, I’m just trying to do my job. I’m trying to be the most complete driver that I can be in all areas and hopefully not showing weaknesses. Hopefully that little difference makes the difference as opposed to potentially another driver that may not be fully complete.”

Hamilton has won the last three races, and is undefeated since the season resumed after the summer break, while his title rival Sebastian Vettel has faltered.

The Ferrari driver led the championship until two races ago when Hamilton took the lead by three points. But the Singapore Grand Prix start-line shunt, in which he was eliminated from the race, proved to be a big blow and he now trails Hamilton by 28 points.

The Mercedes driver is not sure how Vettel will bounce back from the setback, “He’s a four-time world champion so it’s difficult to really know how he’s going to react.”

“I don’t remember the last time seeing him falter being particularly under pressure, so I don’t really know how he’s going to react. If he feels pressure, time will tell.”

Hamilton has scored point in every round of the season thus far and last year his title went up in smoke at Sepang when his engine expired and he was forced to retire from the race. It was arguably the turning point of his challenge.

With seven wins under his belt so far this year, Hamilton is wary of what may transpire, “When you arrive on weekends knowing reliability has been as good as it is it’s a great feeling, but then also there’s in the back of your mind anything can happen.”