Verstappen: In a Ferrari or Mercedes I’d be a title contender 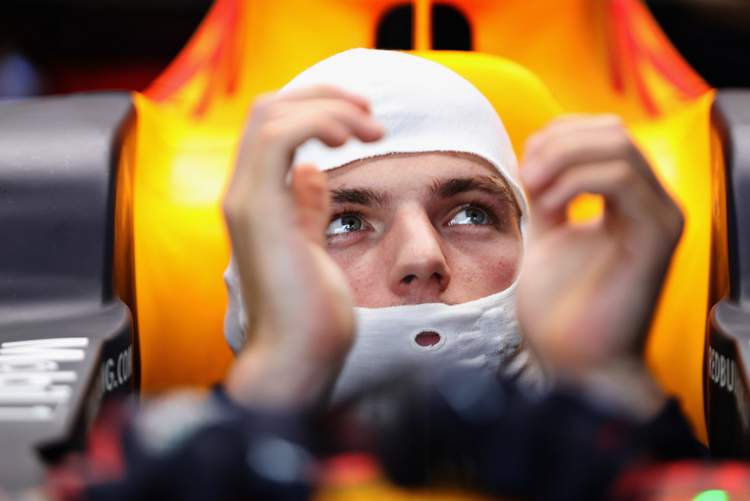 Max Verstappen has a had a luckless year so far as technical issues have plagued his second season with red Bull, but the teenager is adamant that in a Mercedes or Ferrari cockpit he would be a contender for the 2017 World Championship.

I an interview, with Auto Motor und Sport, Verstappen was asked if he was driving a Mercedes or Ferrari this year would he be World Champion, he replied, “I’m 100% convinced of this.”

Prior to the start of this season Red Bull were expected to challenge for the world title but this did not transpire, Verstappen explained, “I think we underestimated the competition. Then we had correlation problems with the wind tunnel. Now we have to catch up and be ready for next year.”

On the subject of 2018 the 19 year old expanded, “It is difficult to predict what will happen in Formula 1. I can only promise so much: we will do our best to build the best car. I believe in my team and our technical team is in a position to do this, but we need the complete package to achieve our goals.”

As for the team’s engine supplier Renault, he added, “They work very hard to sort out the technical problems and try to get more power out of the package. But I am not involved in the development. I am honest and straightforward, I do not lie. The only thing I want is a winner car.”

Although Verstappen is beating teammate Daniel Ricciardo in qualifying 10-4, the Australian has had a lot more success in the championship. Winning once in Baku and after 14 races, Ricciardo is fourth in the championship standings with 162 points, while his younger teammate is sixth but only has 68 points to his credit.

Verstappen acknowledges, “Of course the one side of the garage is happier than the other because of all the difficulties that we have had on my car. But in general the mood in the team is getting better and better. Especially when compared to the start of the season in Melbourne. The car is getting faster, we are getting more competitive.”

“I just try to stay positive. I have to see the positive sides of the season. This has always been qualifying, the speed is there. Even in the races I was always in good positions before the failures. On the other hand, the results do not reflect what I am doing this season.”

The question has been asked if perhaps the young Dutchman’s style is too aggressive and hard for his car, thus he has suffered the bulk of the DNFs.

But Verstappen insists, “My approach is correct. I’ve just had bad luck. Why should I change something? I’m fast. We can see from the telemetry that I do not do anything wrong or contrary to Daniel. It is just funny that the problems on race day always only appear on my car.”

“I am honest and straightforward and I do not lie. The only thing I want is a winning car. This is not an absurd wish. I am very self-confident because if I were not I would still be racing karts.”

With regards to the in-season development race he revealed, “Everything is going in the right direction, but we do not only have to develop our car. The whole package needs to get better. Much of it is out of our hands, but the car is subject to our control and that’s where we need to make the most of it.”

“In the corners we are close. Often, however, we also use less downforce to compensate for our power deficit on the straights. That is why it is hard to say exactly where we need to improve. My gut feeling is that we need a bit more downforce and a little more mechanical grip.”

Verstappen has taken the Formula 1 scene by storm since his debut at the 2015 Australian Grand Prix, but he has only 54 grand prix starts on his CV, however one thing is sure he will be at the pinnacle of the sport for a long stretch.

As for the future, the youngster has clear ambitions, “I’m not interested in pole records or  having the most victories. I just want to win. Then we’ll see what’s going on at the end of my career. One must also be lucky enough to win seven titles like Michael Schumacher. You must be in the right team at the right time.”

And finally added that he wants “ten dominant years in F1, the rest is not so important.”

Big Question: Would Max be F1 world champion this year if he was driving a Ferrari or Mercedes?