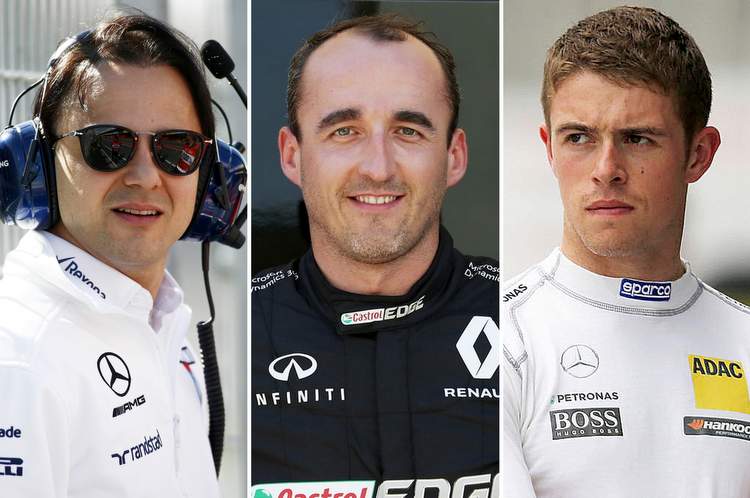 With the 2018 Formula 1 grid firming up there remains two – make that one and a half – question marks regarding who will be driving for Williams next year, with the Woking outfit yet to announce their driver line-up.

Lance Stroll is more than likely set to remain with the Martini backed team, his development from a raw and mistake prone rookie has been impressive. The youngster has turned around his awkward start in Formula 1 and delivered some solid results, at times eclipsing his vastly more experienced teammate Felipe Massa.

The Brazilian veteran is having a strange season, not assisted by a below par Williams FW40, he has hardly trounced his teenage teammate. The nature of his deal this year, struck after he announced his retirement, probably has something to with his performance.

Massa seems more intent on prolonging his career in F1 rather than a hungry go-getter in the mould of Fernando Alonso, seeking to win and take the team forward.

Nevertheless the Brazilian is keen to stay and remains a candidate for the team in 2018 largely due to his experience, knowledge of the team and because he fits the criteria of a driver on which Martini can leverage their sponsorship investment.

Massa suffered with a bug during the Hungarian Grand Prix weekend and this gave Paul di Resta a chance to return to action, needless to say the Scot grabbed the opportunity with both hands.

It was a sliver of a chance (remember he did no practice and only a handful of laps in qualy) which he maximised to good effect. Marginalised after his spell at Force India, that outing at Hungaroring propelled him into the limelight and into contention for a drive with the team where for whom he is a reserve.

His Mercedes connections are well known and a second crack at the big time is a realistic possibility, but on the downside Di Resta does not come with huge amounts of cash or a trail of sponsors. They would thus hire him for his talents alone.

In terms of age he does tick the box, but in terms of results in F1 he has never been on the podium, let alone won a race.

With Renault opting to sign Carlos Sainz to partner Nico Hulkenberg at Renault, Robert Kubica’s adventure with the French team came to an end. Was he ever I contention for a seat in the team? In retrospect probably not.

However the testing he did do, including his outing in the official test in Hungary, was enough for the paddock to sit up take note.

Kubica is now being linked to Williams, aided by none other than Nico Rosberg. The retired reigning F1 World Champion is lobbying hard, behind-the-scenes, to try and secure a drive for the Pole.

With his Mercedes connections, and also think Williams powered by Mercedes, Rosberg may have the clout to get Kubica in at Williams. But only time will tell if this is a feel good story with a happy or an an unhappy ending.

Another one lurking with intent is reportedly Marcus Ericsson who supposedly would bring along a fair wad of cash, although one would have thought that the Swede’s backers are blowing money big time with their Sauber venture.

The waters are murky in that region and it is not clear if Ericsson still has access to the $10-million or so to tempt Williams to hire him.

However Ericsson ticks very few boxes and he is hardly a driver for a team with the status of Williams, at this stage of their history, let alone a driver that can lead the outfit and mentor their teenage driver.

Another option that has been reported, mainly by German media, links Pascal Wehrlein to the Mercedes powered team. The German is unlikely to remain at Sauber beyond 2017 and the only real option of him remaining in Formula 1, thanks to the backing of Mercedes for whom is a junior driver is Williams.

Renault’s decision to take on Sainz has left Jolyon Palmer searching for a drive. The Englishman is said to have substantial backing for such an endeavour and no doubt Jo and his father Jonathan Palmer, who drove one race for Williams in 1983, have had a chat or two with the powers that be at Grove.

But the smart money is on Williams not wanting to hire another relatively inexperienced driver should they retain Stroll, which is almost certain they will do.

Finally, at one point during the height of the Silly Season (before McLaren ditched Honda for Renault) there was talk of Alonso looking to do a deal with Williams, but that link was denied by team chief Claire Williams.

Regarding the Spaniard, several sources are predicting that a deal between Alonso and McLaren will be announced very soon. Maybe even in Japan…

With Stroll a sure bet for one seat at Williams next year, there is the reality of the fact that three into one simply does not equate, thus the choice for the team is: Massa, Di Resta or Kubica. Right now, which one of the trio will be left sitting in this game of musical race seats is a good guess…

Big Question: Who is the best option for Williams in 2018?