Boullier: McLaren will win again in 2018 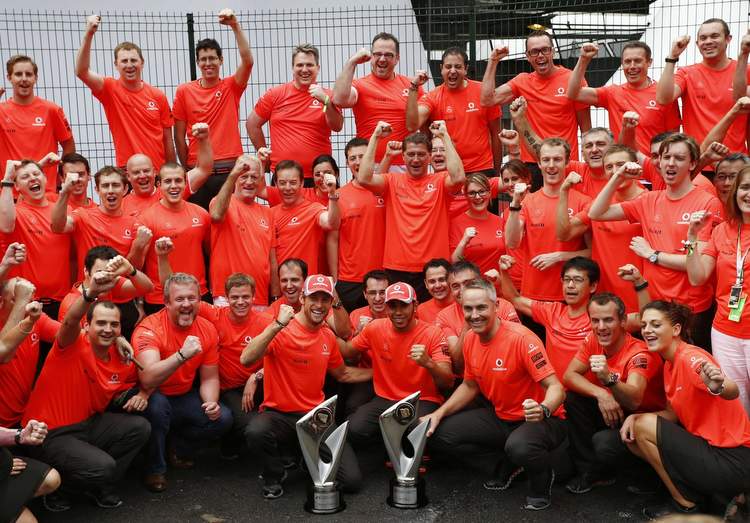 McLaren team chief Eric Boullier is confident that Renault power will return McLaren to the top step of he podium for the first time since 2012 after three years in the doldrums with Honda, and expects to be battling for third place in the constructors championship in 2018.

Earlier this month it was confirmed that McLaren would ditch Honda power units for a preferred customer deal with Renault. For the Woking team, the second most successful in the history of Formula 1, they expect it to be a way back to glory.

Boullier told Marca, “For 2018, our goal is to fight for third place in the constructors’ championship, but I hope we can get more than this and get a win again after so many years. I will not start creating false expectations or raising hopes, but I believe that at least, we will win again.”

McLaren has not won a Grand Prix since the 2012 Brazilian Grand Prix (pictured above), while their last podium was in 2014 before the engine partnership with Honda which began a year later.

Boullier, who joined McLaren in 2014 but has never savoured victory with the team, added, “We’ve always been in the top three, but these last three years we’ve been a long way from those positions. So we have gone with Renault to have a better engine and so we can get back to the top positions.”

Big Question: Will McLaren win in 2018 with Renault power?