Hamilton: I’m going to keep going for as long as I can 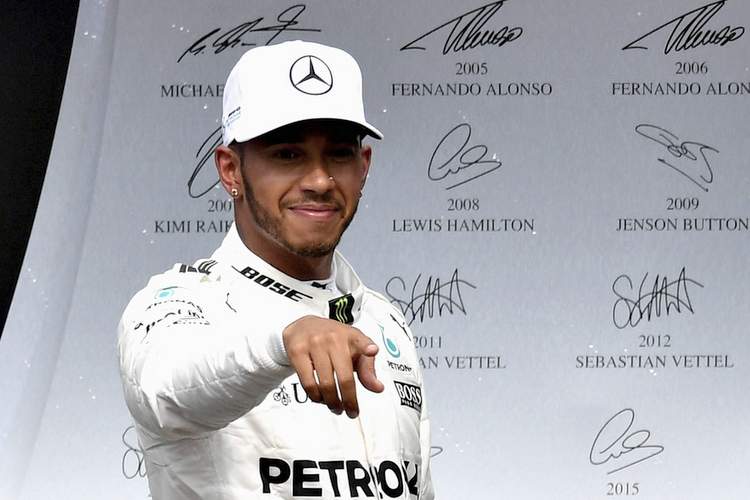 Mercedes driver Lewis Hamilton has revealed that he has had times in recent years when he considered retiring from Formula 1, but has since decided that he wants to race as long as possible as he relishes the challenge of a tough world championship fight.

Asked on ITV’s The Jonathan Ross Show if he was contemplating retiring any time soon, Hamilton replied, “No. There’s been talks about it and I definitely have thought about it and there’s been times when I’ve thought there’s other things I want to do, but then we’re in the heat of this battle right now and I’m loving it more than ever.”

The Mercedes driver was referencing the battle he is embroiled in for the 2017 world title with Ferrari driver Sebastian Vettel. Hamilton has enjoyed a hat-trick of victories in the space of three weeks and as a result leads the championship standings by 28 points. A fourth F1 world championship title beckons.

“If you look at all the Formula 1 drivers in the past… When you’re in Formula 1 you’re in the spotlight, you’re at the top of the world, then it’s downhill from then on, you don’t earn the same money, there’s not a huge amount of opportunities because you’ve been in that world for so long.”

“I’ve been [in motor racing] since I was eight. For me at the moment, for these past five, six years I’ve really been trying to work on what I enjoy outside of the sport so that when I stop I can walk away and still have other things… every year I’m always assessing the plan,” explained Hamilton.

“The training, all the work that you put into something, and then you get to really show your abilities. It’s the greatest feeling ever so I’m going to keep going for as long as I can and see what I can do.

Hamilton has dated the likes of Nicole Scherzinger, Rihanna, Rita Ora, Barbara Palvin, Winnie Harlow and Bella Hadid, but when the matter of marriage was raised he said, “I am. Lucky enough, both my sisters have (made my mum a grandmother) so she’s busy looking after my nieces and nephews and she looks after my dog, so they are like my kids …”

“Honestly, I’m just super focused. Of course, the occasional date here and there, but I’m just trying to win the Championship. I have a lot of projects that I’m working on as well,” added Hamilton.