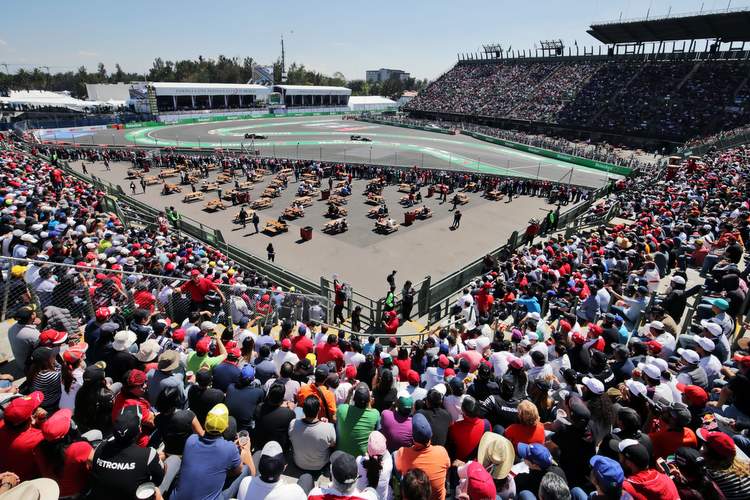 In the aftermath of the devastating earthquake that struck Mexico this week, organisers of the country’s grand prix have released a statement confirming that there was no damage to Autodromo Hermanos Rodríguez which will host Round 18 of the Formula 1 World Championship on the weekend of 27-29 October 2017.

Mexican Grand Prix organiser statement: “Following the 7.1-degree earthquake that struck Mexico City and neighboring states on Tuesday, September 19, a review of the facilities of Autodromo Hermanos Rodríguez was conducted today through certified experts and supervisors of the site. last remodeling to validate the state of the structures and track of the property.”

“After this review no structural damages were found in the layout, permanent stands, or in buildings such as pitbuilding, media center and medical center, so the building is able to receive the third edition of the Formula 1 Grand Prix of Mexico.”

“We united in solidarity with the national mourning decreed by the Government of the Republic and especially with those who have lost a loved one or had affectations in their property. As part of the solidarity with this tragedy, the events scheduled for this weekend will be rescheduled.”

The Mexican Grand Prix at Autodromo Hermanos Rodríguez, named after the country’s racing brothers Pedro and Ricardo who were both killed in racing accidents, was run during 1962 to 1970, then fell off the calendar before returning in 1986 until 1992.

The track was revamped and renovated by Hermann Tilke and returned to the Formula 1 world championship calendar in 2015. Mercedes drivers have won the two latest editions of the race with Nico Rosberg winning in 2015 and Lewis Hamilton triumphing last year at the venue.