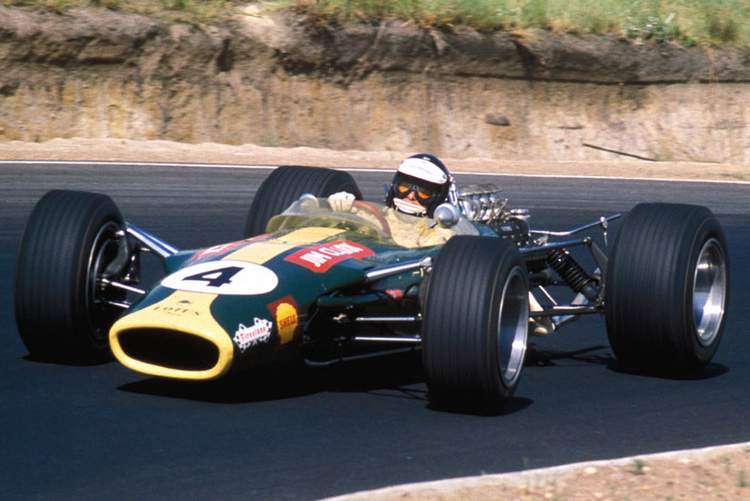 The Jim Clark Trust, working in partnership with Scottish Borders Council, has announced plans for a new expanded Jim Clark Museum to open by 2018. The project is supported by our Honorary President Sir Jackie Stewart and Patrons Club.

Plans for the new museum were announced at The Goodwood Revival by Lord March on earlier this month as part of the 50th Anniversary celebrations of Jim Clark’s first Formula 1 World Championship which took place in 2013 and a parade of the greatest collection of historic Jim Clark cars ever gathered to celebrate one of Formula 1’s all-time greats.

The Trust is grateful to Lord March and Goodwood, Clive Chapman and Classic Team Lotus, and the owners of all of Jim Clark’s cars for participating.

The corner stone of plans for a new museum have been made possible by Scottish Borders Council commitment of a significant investment of capital funding investment towards the building design, works and infrastructure.

The commitment of Scottish Borders Council has received high praise and support in the national and local press, from the motor sport fraternity and fans, and particularly from the local community.

Jim Clark inspired a generation. The aim of the new museum is to inspire the next generation and generations to come, with a modern and vibrant celebration of Jim Clark’s incredible career and impact on motorsport around the world with trophies, pictures, film footage and some of the cars in which he raced. E

Exhibiting the cars in which Jim Clark raced will be the highlight of the new museum with the existing trophy collection at its heart.

Through our Patrons and supporters the aim is also to expand the exhibition and displays from Jim Clark through to the modern era of motor sport.

The Trust and Museum welcomes all donations of memorabilia either gifted or on loan to capture the historical inspiration of Jim Clark for future generations and create a truly unique and memorable experience.

The new museum could be complemented by a cafe, merchandise shop and function room facility for the local community.

The details and feasibility studies required as part of the development of plans are part of a long term plan aligned to funding and donations.

The Trust welcomes all donations of memorabilia either gifted or on loan to capture the historical inspiration of Jim Clark for future generations and create a truly unique and memorable experience.

Aspirational additions to the museum might include a Jim Clark tourist trail around the scenic countryside of the Scottish Borders including historic venues such as the old race circuit at Charterhall and Jim Clark’s grave at Chirnside Church.

Besides promoting the legacy and inspiration of Jim Clark, the new museum is very much focused on delivering tourism, employment and economic benefits to Duns and the Scottish Borders.

The addition of thousands of visitors to the area will help support local shops, restaurants, hotels and accommodation. Local business, products and services will be intrinsic to the creation and maintenance of the new museum.

The new Jim Clark museum is not only a celebration of his life and motor sport, but also about drawing attention to the culture and beautiful countryside of the Scottish Borders.

The Trust and Museum welcomes comments and ideas from the local community and regularly attend open meetings. They welcome anyone with an informed interest in the life of Jim Clark and the history of motorsport or expertise fund raising to help support plans for a new museum.