Palmer: I want to do myself proud in the next six races 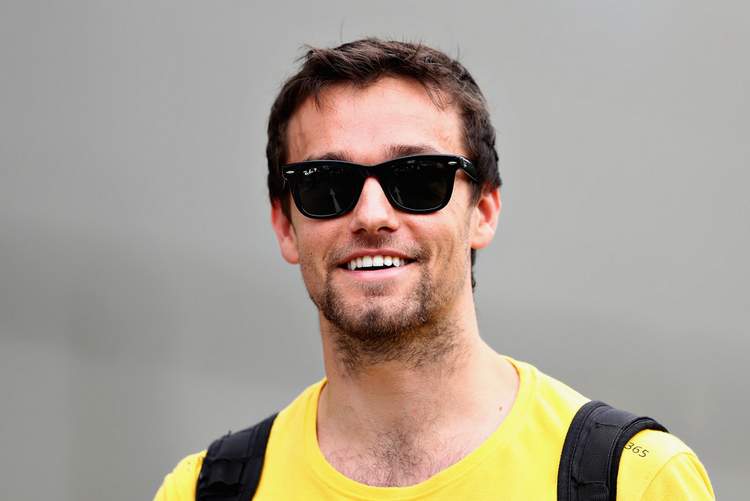 Departing Renault driver Jolyon Palmer is keen to end the Formula 1  season on a high after a breakthrough in the Singapore Grand Prix. where he Briton finished sixth under the floodlights for his first points of the campaign only two days after his team announced that Carlos Sainz would be taking his place in 2018.

Some still suspect Sainz could be in the car before the end of the year but Palmer was adamant he would be staying until the last race in Abu Dhabi.

“The result this weekend is finally a bit of good luck. This result could have come earlier in Baku, Silverstone or Spa. I hope we can build from this in the next six races,” he told Sky Sports television.

“At the moment the news about Renault is quite fresh. From my side I want to go out with six of the best races. I want to stay in F1 and there are other options. I want to do myself proud in the next six races.”

Palmer has limited options, with former champions Williams now the main focus for several drivers hoping to stay in the sport or return.

The four top teams have all confirmed their lineups while Red Bull-owned Toro Rosso are expected to replace Sainz with 2016 GP2 champion Pierre Gasly, who is already contracted to them.

McLaren have Fernando Alonso yet to re-sign, but are confident of continuing with an unchanged lineup, while Sauber are forging closer ties with Ferrari and seem set to take current Formula Two leader Charles Leclerc.

That leaves Williams, and specifically the seat veteran driver Felipe Massa who almost retired at the end of last season.

Robert Kubica, seeking to return after a 2011 rally accident that seemed to have ended his Formula One career, has emerged as one potential candidate and is being assisted by retired 2016 world champion Nico Rosberg.

Whether Palmer has a hope remains to be seen but he hoped at least his luck had turned, with German team mate Nico Hulkenberg suffering reliability problems instead.

“I´ve had a tough year, we´ve had reliability issues but I´ve made mistakes as well,” he said. “The media were always questioning about my future. It´s made it a bit harder but I´ve learnt to switch off and just focus on the driving.”

Big Question: Does Jolyon deserve a seat in Formula 1 next year?