Hamilton: It’s difficult to know what to predict 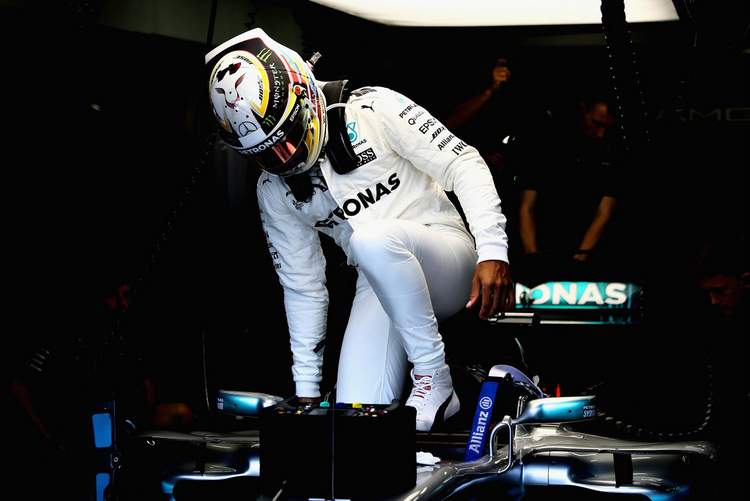 Formula 1 world championship leader Lewis Hamilton described qualifying for the Singapore Grand Prix as a matter of ‘holding on for dear life’ after he set a disappointing fifth fastest time at Marina Bay Street Circuit where overtaking is almost impossible.

Hamilton’s description of how he felt hustling his Mercedes around the streets of the city-state could also apply to his hopes of staying ahead in the championship after Sunday’s race.

Hamilton’s time of one minute 40.126 was way off the German’s 1:39.491, with Red Bull’s Max Verstappen and Daniel Ricciardo the closest challengers to Ferrari in second and third places.

“The car, the way it’s designed, for years it just doesn’t work particularly that great here,” said the triple champion whose Mercedes team have a chequered history at the twisty Singapore track.

“We were already holding on for dear life… I got everything out of all the laps. They were all very, very much as good as they could be.”

With four times world champion Vettel three cars ahead and favourite for his fourth Singapore success on Sunday, Hamilton will be hoping for damage limitation before returning to more favourable tracks.

“Your guess is as good as mine,” said Hamilton when asked how he could best minimise the loss of points to Vettel on Sunday. “I really don’t know. It’s difficult to know what to predict at this track.”

With seven points the difference between first and second, even finishing runner-up to Vettel on Sunday would see Hamilton drop four points behind the German.

That in itself could be a tough task, with Ferrari’s Kimi Raikkonen also ahead of the Briton and Singapore a notoriously difficult circuit for overtaking.

Hamilton is pinning his hopes of moving up the field on the start, the pitstops and the potential of a safety car which has been deployed at every race in Singapore so far.

“So there’s two, for sure, opportunities and then one potential one if there is a safety car,” he said. “I’ve just got to try and keep the pressure on the guys in front without cooking my car, if I can.”