Williams have the most coveted seat on the grid 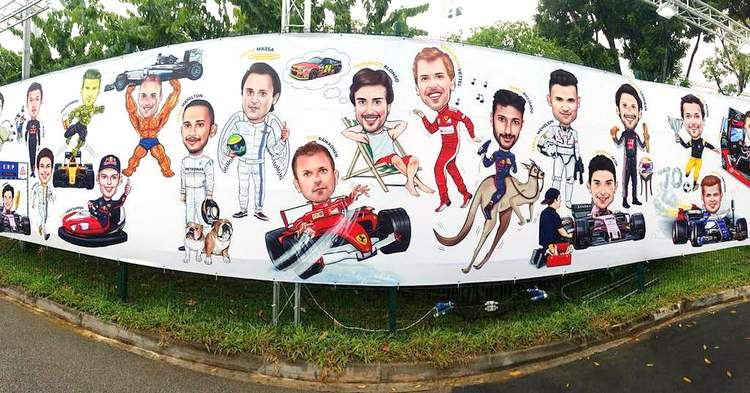 Friday, the first day of the 2017 Singapore Grand Prix weekend, will always be remembered for the flurry of activity that resulted in McLaren ditching Honda power for Renault customer engines, Toro Rosso becoming Honda powered and, on the driver front, Carlos Sainz loaned out to Renault for 2018.

In the aftermath of the musical chairs, with the dust now settled, it is clear that Williams have the most coveted seat on the grid should they decide not to renew Felipe Massa’s contract.

The Brazilian ‘retired’ last year, but it was short-lived as he was lured back to partner rookie Lance Stroll after Valtteri Bottas was signed up by Mercedes to replace retired F1 World Champion Nico Rosberg.

Massa makes no secret that he is keen to remain with the Grove outfit, but the current landscape is such that Williams may have other more attractive options.

Fernando Alonso has been linked to the team, but Claire Williams denied any contact with the Spaniard and his minders and they are most likely to renew with McLaren, which will see Alonso back at the wheel of Renault powered cars – the same marque with whom he won his two world titles over a decade ago.

Therefore Sergio Perez is another name that will surely be on the table. He has yet to sign for Force India and a shift to Williams may be exactly what he needs to revitalise his career which has of late been threatened by young Esteban Ocon.

A host of Mexican sponsors are sure to tag along and that is always a welcome sweetner for any team.

Others on the radar are Robert Kubica to make a comeback, assisted by none other than Rosberg in his quest to return to the pinnacle of the spport.

Meanwhile Paul di Resta may also be under consideration. After all the Scot did a solid job taking over Massa’s cockpit in Hungary when the Brazilian was too ill to drive and his Mercedes connections won’t harm his chances.

Pascal Wehrlein is unlikely to be retained by Sauber and Mercedes would want to keep their ‘investment’ ticking over and he would be available with an engine discount attached, which Williams would no doubt consider. If he fulfills Martini’s requirements and whether Lawrence Stroll believes the German will be good for his lad Lance is another question.

Williams need to find an experienced driver to partner Stroll as Martini, their title sponsors, need a ‘mature’ driver to take part in their PR activities. A teenager does not fit this bill.

McLaren have finally got the divorce they desperately sought from Honda which in turn is more than likely set to trigger Alonso remaining with the team, although right now the entry list has TBC next to that slot.

Honda powered for 2018 and beyond, Toro Rosso are apparently keeping Daniil Kvyat despite the Russian not evolving into the force they had expected. It is what it is as they say…

But Red Bull bosses will more than likely promote their junior driver Pierre Gasly who is itching to get himself a race seat on the F1 grid.

Toro Rosso did try Sean Galeal, son of Ricardo Galeal the mega-rich KFC franchise owner in Indonesia, during FP1 in Singapore but he was three seconds off Kvyat in the sister car. He has three more FP1 opportunities to show his worth this season.

However money does talk in Formula 1 and Red Bull are not averse to ending a driver’s dreams even when he thinks he has a foot on the grid. Remember António Félix da Costa and a host of others…

Sauber are expected to hang on to Marcus Ericsson (connection to owner helps) and more than likely to ditch Pascal Wehrlein as they seem set to become a quasi-junior team for Ferrari. With some predicting Alfa-Romeo badged Ferrari power units on the back of the Swiss team’s cars from 2018. Smart money is on either Charles Leclerc or Antonio Giovinazzi getting the nod.

Although it is unlikely we will have a cacophony of announcements, as we saw on that Friday evening in Singapore, there are still some interesting developments on the cards as the 2018 Formula 1 grid takes shape.